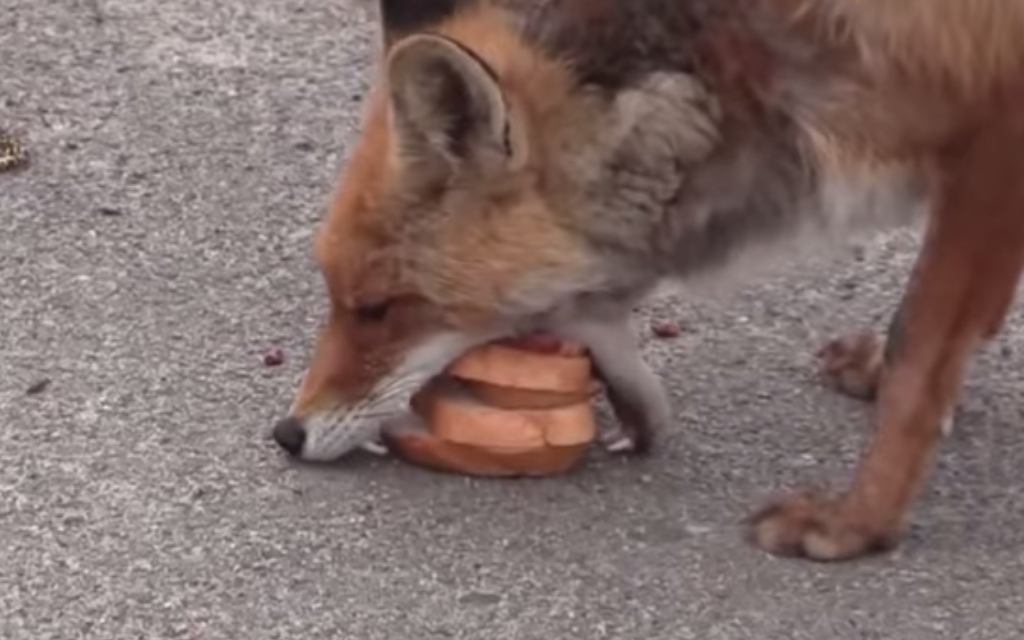 Everyone knows that Chernobyl was the mother of all human cock-ups. The area isn’t going to be inhabited by mankind for a good few thousand years yet. The oddest thing about the Chernobyl exclusion zone is that creatures that call it home are actually thriving there. Despite high levels of radiation wildlife is booming.

It seems that human habitation is worse for animals than a nuclear disaster. Trap cameras set up around Prypiat, within the exclusion zone, have filmed animals which haven’t been seen in the area for decades, like the Eurasian lynx and the brown bear.

Nature living in the shadow of Chernobyl is left in peace, which means that when humans do show up, they aren’t phased by them at all.In the footage below a fox wanders up to greet some Russians who are exploring the zone for the day. They lob out some bread and sausages and the little fella, bold as brass, creates a 5-decker sausage sandwich. What a lad:

It’s good to see nature doing what it does best: getting on with business. It’s much more relaxing to look at than those horrifically freaky dolls of Chernobyl *shudder*.