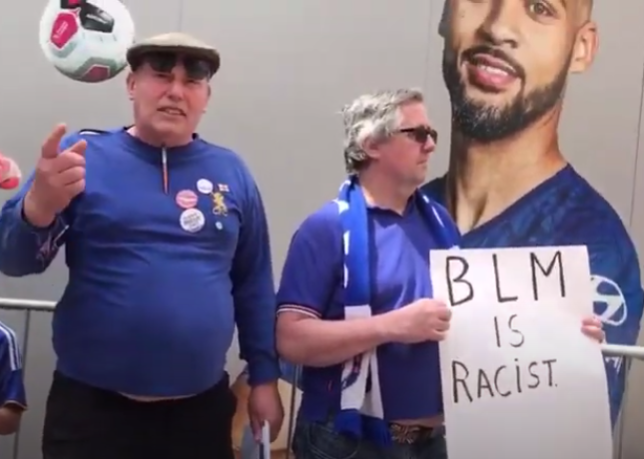 There have been a load of anti Black Lives Matter protests over the past couple of weeks and the latest ones come courtesy of a group of Chelsea fans who decided to head to Stamford Bridge before the Manchester City game tonight and sing some songs about it all.

You can catch a video of the incident and see a message from them below:

CHELSEA have a dark history of having racist fans …. this is 2020 pic.twitter.com/hnE2gVyyBe

We’re here today to send a message to Roman Abramovich.

You came here from Russia, you broke away from communism. The previous government wouldn’t let you build an extension to this club.

The government we have in now they’re fighting for Brexit, we want Brexit and we want you to show us you’re not part of the globalist oligarchy.

Black Lives Matter is a racist organisation that is Marxist and is here to take our statues down and take everything down that we love in this country.

We believe all lives matter. so the message is to Roman Abramovich is do not let our players or do not force our players to take the knee.

We don’t want our players to be forced to take the knee. Black Lives Matter is racist, all lives matter!

Football has been taken over by globalism.

Geez. Don’t even know where to begin with all that so I’m just not gonna say anything at all. If you haven’t got it by now then you probably never will.

For more of the same, check out Burnely fans reacting to their club’s statement on the White Lives Matter banner. How do you think that went down?