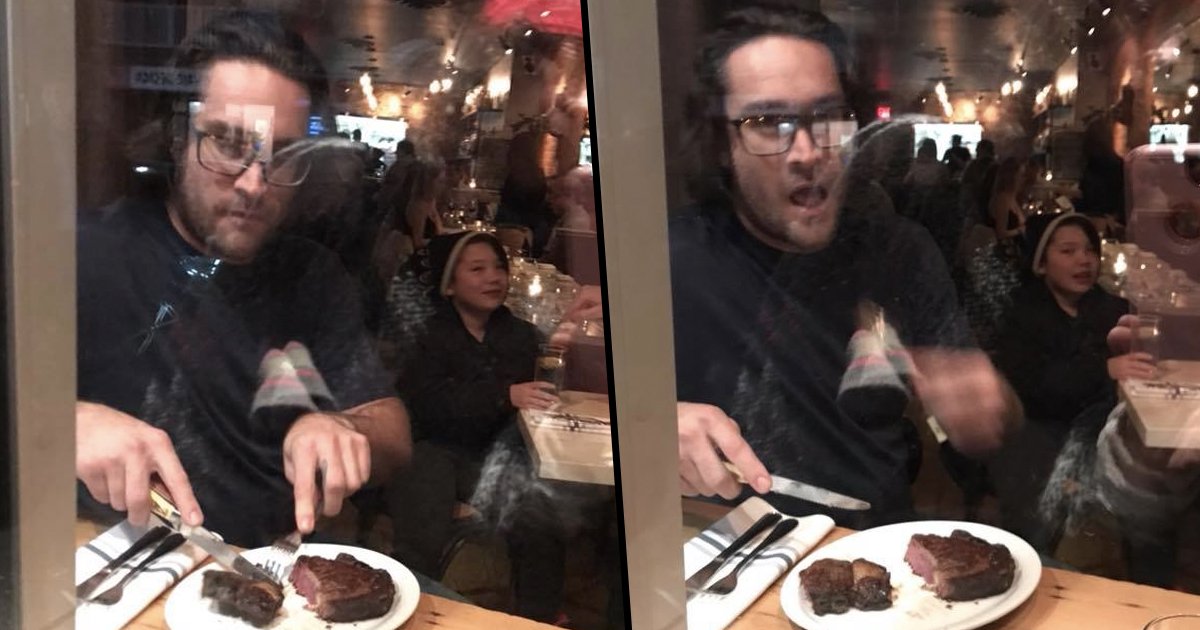 Vegans protesting against people eating meat is nothing new in 2018, but if anything it only seems to make meat eaters more adamant that they’re going to continue the practice and do anything they can to piss the vegan community off about it too.

Case in point, the video below which comes courtesy of The Antler restaurant in Toronto and their response to a group of vegans protesting against their menu options. The vegans were trying to get them to put a vegan steak on the menu and wrote this on chalk in the pavement outside, but were then met with a sign saying ‘venison is the new kale’ (edgy) and head chef Michael Hunter carving up a deer right in front of them and then eating a steak in front of them too.

Talk about holding absolutely nothing back whatsoever. Here’s a video of him carving up the deer – unfortunately there doesn’t seem to be one of him eating the steak but you can see a picture of it above:

Vegan protesters were shocked after a #Toronto chef responded to their protest by carving up an animal right in front of them https://t.co/CY0zU0a1By pic.twitter.com/Mj04bnzxVp

OK, that guy narrating that is a bit of a try hard and probably isn’t doing the vegan community too many favours to the outside world with his whiny diatribe, but I suppose he does have a point that maybe he shouldn’t be cutting that raw animal up in a place where diners will shortly be eating. I don’t really think fixating on that point is going to help the vegans achieve what they want though and it’s probably just going to annoy people even more to be honest.

Either way it seems like both of them are going a bit too far with their actions here. From what I can see veganism is making massive inroads and shedding the age old image of militant vegans being annoying and over the top all the time, and so in my eyes I think it’s probably better to try and develop the practice this way through education and progression rather than how these guys are doing it.

Clearly, they’re only going to illicit reactions like Hunter’s when they do this and that isn’t really benefiting anyone. It’s like fighting fire with fire and you know what that means – everyone gets burned.

For more vegans, check out this woman who got vegan tattooed on her forehead. Again, too much.