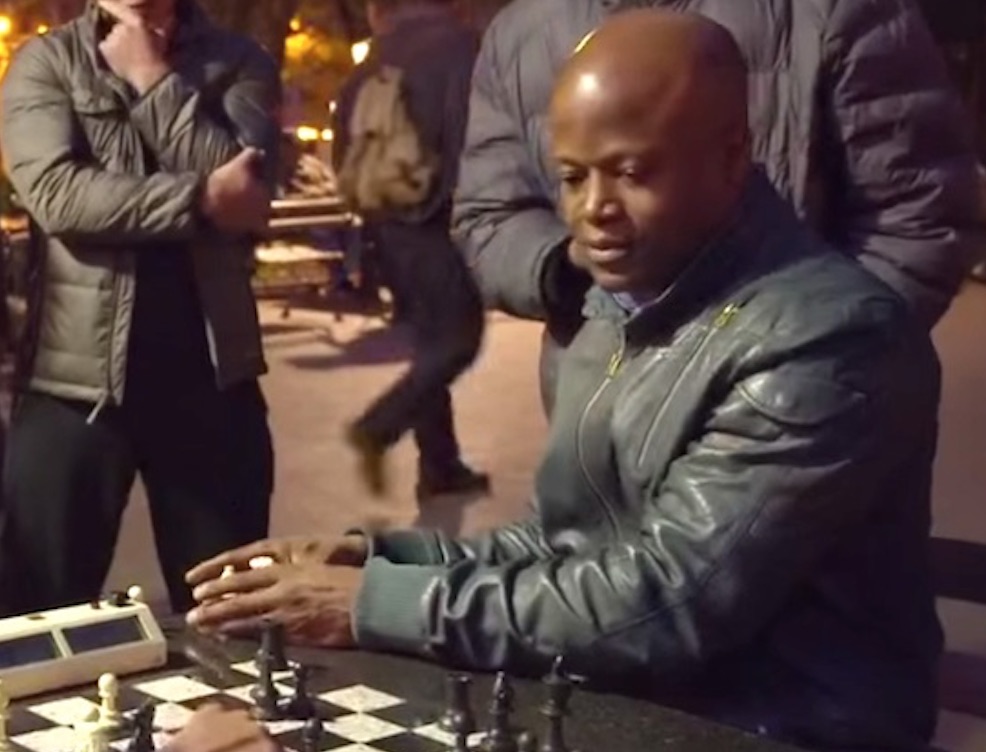 Always great to see a crook get his comeuppance.

Chess is a great game, only I can never really be bothered to play it more than a couple of times a year because it takes so long and every move has to be contemplated for about fifteen minutes before you actually take it. Whenever I do play I end up enjoying it though.

However, that’s a completely different situation to the way these guys play chess. One is a grandmaster named Maurice Ashley who’s obviously at the top of the game after rising through the ranks to achieve that title. The other is a trash talking street hustler who plays people every day at Washington Square Park and tries to rinse them for their hard earned cash – even if it means doing it unfairly.

In the below video, Ashley goes undercover and teaches the hustler a lesson by absolutely demolishing him in about three minutes. Even when the hustler tries to cheat and takes two of his knights with one pawn, Ashley just lets him roll with it and still manages to annihilate him.

Nicely done. I suppose in the end the hustler did give up and shake his hand because he realised just who he was up against and he was being beaten by the master, but it’s still nice to see cheaters get their comeuppance every now and again, even if he did eventually come over as a fairly likeable guy.

I bet he’s ripped off thousands of people though with that patented take two pieces with one pawn move. Need to get that into my arsenal for next time.

For more chess, here’s a couple of fearless Russian guys playing on a frozen lake.