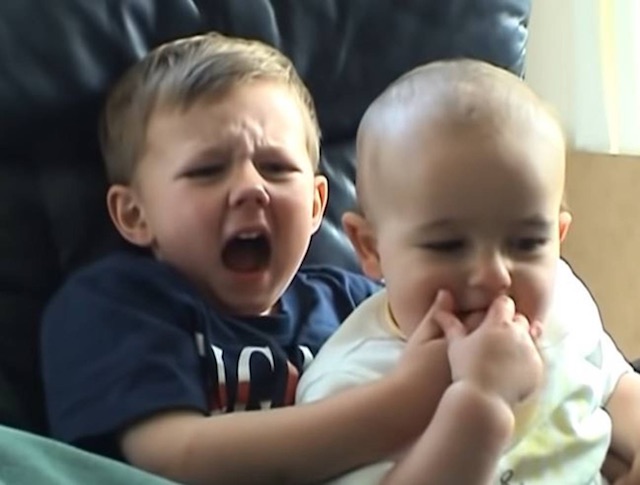 We’ve all been aboard the NFT hype train for the past couple of months until the recent cryptocurrency market crash, but it’s kind of good to know that there are still some people out there who are prepared to shell out absolutely ridiculous amounts of money for something which is essentially useless.

The latest NFT to be sold for an obscene sum is the famous ‘Charlie Bit My Finger’ YouTube clip which saw a baby bite his slightly older brother’s finger and has racked up 882 million views on the video sharing platform. Some guy with a lot more money than sense decided to shell out $760,000 for the rights to the video in the form of an NFT and there are now fears that the new owner may take the video down from YouTube.

Here’s what Howard Davies-Carr – the father of Charlie – had to say about it all:

NFTs allow us to engage with the fans in a different way.

We want to be at the beginning of this new platform, just like we were with YouTube.

We’ll be donating carbon offset costs of mining bitcoins before we even worry about having anything left over.

The leftovers will be going towards the boys’ education.

People have said that they can’t take it off YouTube as it’s a moment in time’, but just because the video‘is on YouTube now doesn’t mean it will be there for ever.

Mysterious. I reckon he’s probably going to have enough money to send them to Harvard a hundred times over though, don’t you?

Also have to love how everyone selling NFTs says stuff like ‘it’s a great new way to engage with fans’ when everyone knows that the only reason they’re getting involved with them is make a sick wedge of cash. Pull the other one Howard.

For more of the same, check out when Cara Delevingne sold her vagina as an NFT. What?