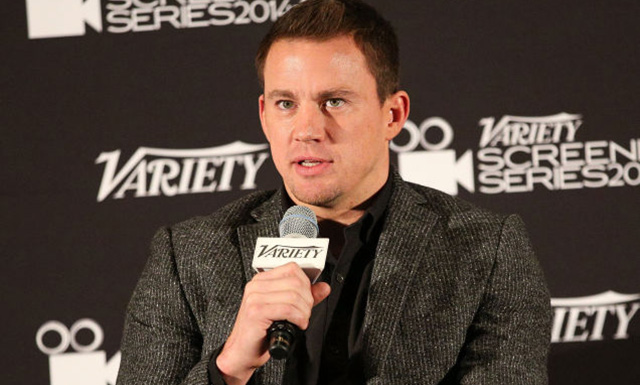 This is exactly how we imagined a Channing Tatum e-mail would look like.

The other day we shared a leaked e-mail exchange between two major Hollywood producers who had not-very-pleasant things to say about Angelina Jolie, and since then it appears Kevin Hart and Jaden and Willow Smith have also been on the receiving end of a top-secret electronic beat-down.

One of the lighter hearted Sony leaks however was this e-mail sent from Channing Tatum to Sony executives after he discovered that 22 Jump Street had beaten Ted as the second-best box office opening of all time for an R-rated comedy. It’s exactly how we imagine a Channing Tatum e-mail would look like: 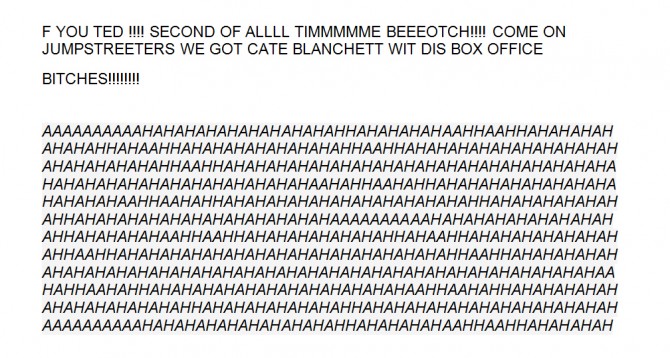 If that’s the happiest e-mail ever written, then this must be its polar opposite.