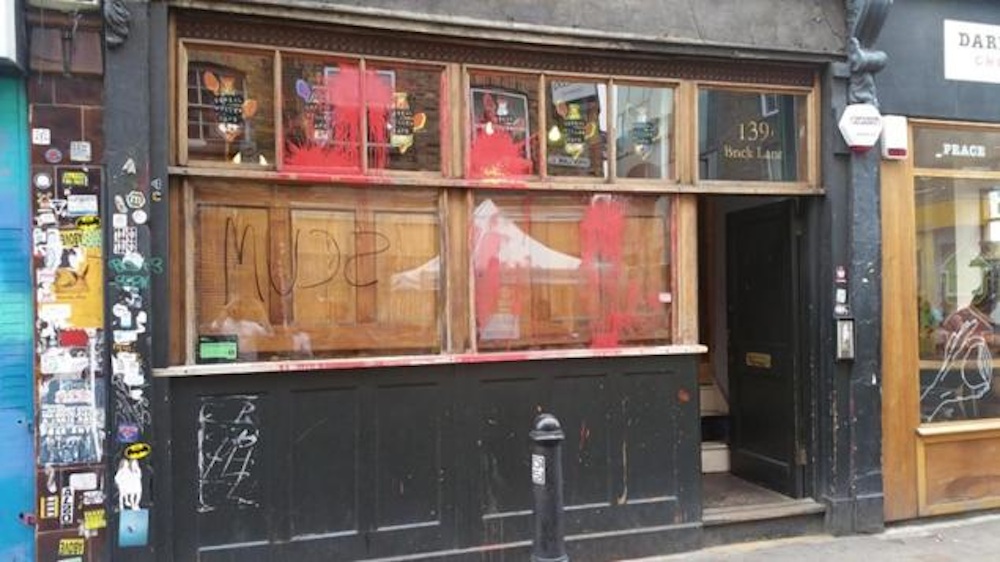 The cafe was targeted as it’s a symbol of gentrification and hipster culture in the area.

Remember the cereal cafe that opened a few months ago on Brick Lane in London and charged between £2.50 and £5 for a bowl of cereal? Despite everyone getting completely pissed off about it and how expensive it was when it opened, it always seems pretty rammed whenever I walk past it and they’ve even opened another location so they must be doing pretty well.

Clearly, some people are still really unhappy about its existence though as the cafe was specifically targeted over the weekend by a bunch of people angrily protesting against the gentrification of East London. The group targeted the shop as they saw it as a symbol of this process.

They believe that ‘capitalism’ is forcing poorer sections of society out of East London in order to make room for people who can afford to pay £5 for a bowl of cereal. Whilst this might be true on some level, the fact is that it’s probably the people building all the high rise luxury flats in the area that are actually attracting these people. I doubt that anyone has said that they’ve moved to Shoreditch so they’ll be in a closer vicinity to the cereal cafe, although it probably does work as a symbol for the gentrification process and the rise of equally stupid novelty hipster businesses in the area.

Having said that, the guys behind the cereal shop are independent businessmen trying to make a buck so don’t really deserve to have their place attacked over this issue. If the people protesting spent their time working on their own projects and businesses at the weekend instead of vandalising other people’s places of business then maybe they would still be able to afford to live in East London eh? 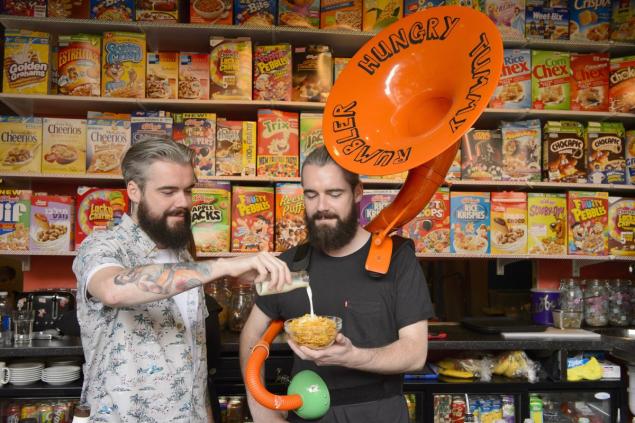 Here’s what Alan Keery – one of the owners of the Cereal Killer Cafe – had to say about his horrific Saturday night:

It was just crazy. Two hundred people turned up with torches, throwing paint and stuff at the window.

We had customers inside at the time. We had to barricade the doors with furniture because there were people trying to batter down the doors.

There were kids in there at the time and everyone was pretty terrified.

I thought after leaving Belfast and seeing the mindless vandalism that was happening back there, I didn’t think I would ever see that again, so to see it again is pretty shocking.

Do you know what: I’m not afraid of these people and using fear as a tactic is ridiculous. We are not going to bow down to them.

I’m an independent business trying something new in an area and I am not afraid.

Strong words but it’s good to see him standing up against these idiots. Although affordable housing in East London is undoubtedly an issue, attacking a cereal cafe clearly isn’t the way to do anything about it. It’s unlikely that this is the last we’ll hear of such events happening though.

In any case, here are four novelty cafes we wish actually existed instead of this cereal cafe because we’re not exactly the biggest fans of it either. Not to the point that we would actively try and destroy it though.