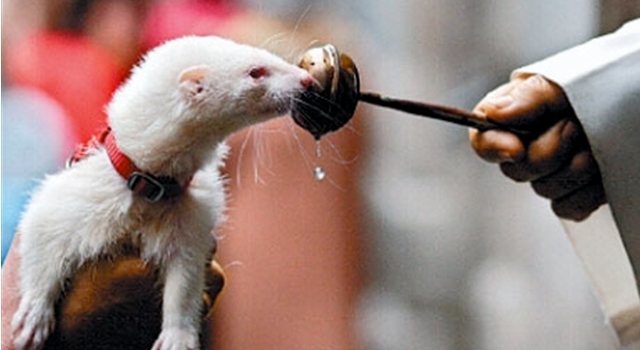 Once a year the Catholic church goes absolutely mental and invites animals into their church for a good old fashioned blessing. The mentals.

Catholicism is a strange beast. In the most part they busy themselves with hoarding shed loads of cash and making people feel guilty. They also like to get heavily involved in homophobia and the spread of AIDS. But once a year, they put their staunch, passive aggressive ways to one side and bless the animals. Yes, that’s right, they hold meetings to bless pets. 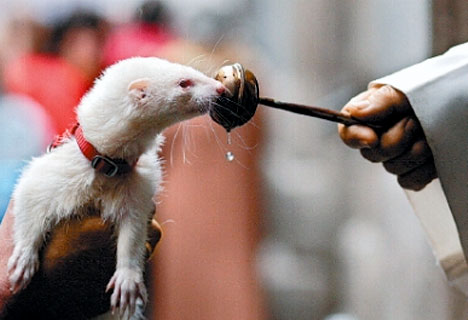 As a religion, Christianity doesn’t believe animals have souls. This fact leads to some uncomfortable discussions with young children when their beloved pets die. They go something like this:

“Mummy? Is Gareth the guinea pig in heaven now?” At this point the conversation can go down one of two paths; if the parent is unwilling to face the swarm of tears, they may well say something like “Yes, of course he is my dear”. But if they are true to themselves and their faith they will have to say “No, Gareth no longer exists in this world or the next, his body has expired and will rot alongside all of the rest of God’s weak and feeble-minded creatures. No one shall hear of him or speak his name again”. 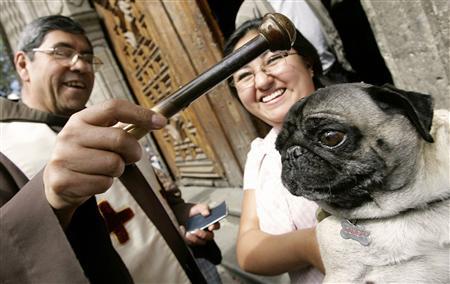 Animals are pointless as far as the good lord is concerned and irrelevant to the after life. Heaven is a place of paradise and wonder, Mother Mary has no need for pooper scoopers and the faint smell of wee that dirty animals produce. 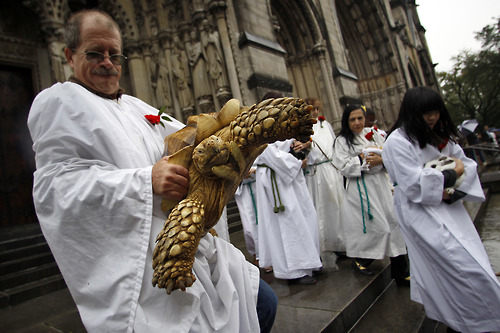 So it’s weird that animals get “blessed” at all really. I mean, the Catholic church puts it down to St Francis of Assisi’s love of animals, but personally I think it’s a pretty lame attempt at getting bums on pews of a Sunday morn. Apparently Assisi and his brothers, staying in a small hovel, allowed themselves to be displaced by a donkey. How nice of them. Was that before or after they sacrificed the goat? Here’s Assisi looking tormented: 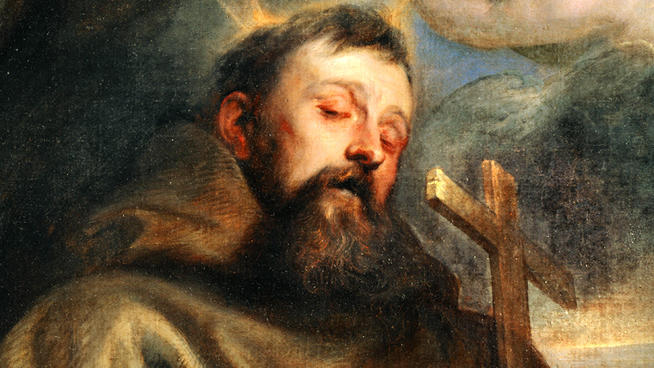 â˜› Next: Cargo Cults — Humans Will Believe Anything