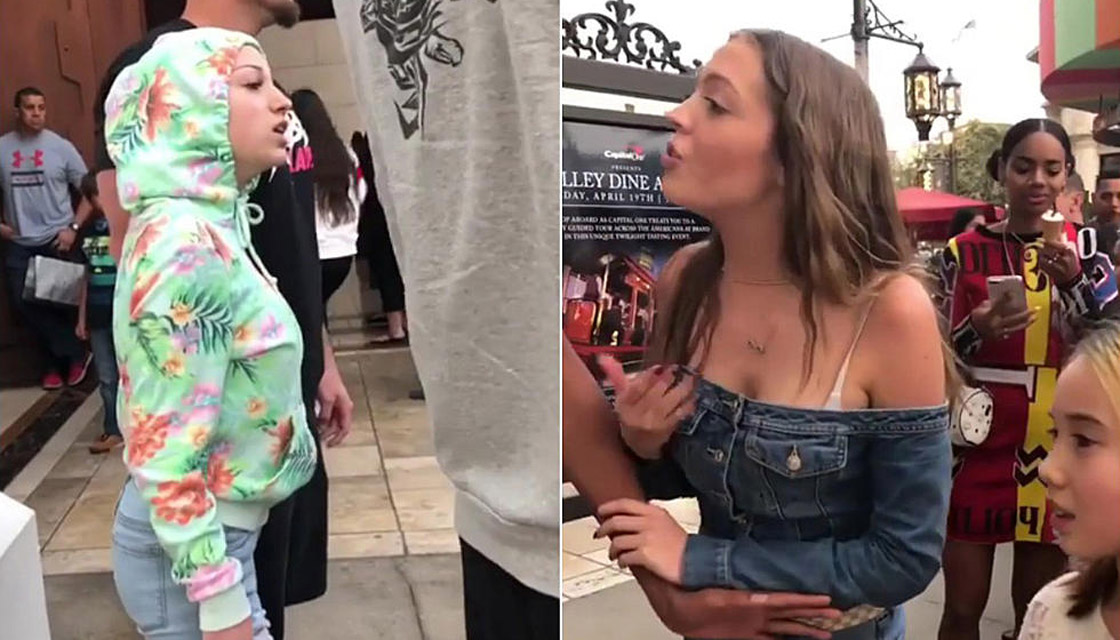 Battle of the Instagram/YouTube/whatever stars.

In 2018 being famous means something very different to what it did about ten years ago, as any idiot with an internet connection and a YouTube account can make more money than you do for a lifetime of working your ass off. It’s sad but true.

You might not have heard oft hem yourself as you’re too busy being an adult and working your ass off or whatever, but some of the biggest stars out there right now are Danielle Bregoli – also known as the ‘Cash Me Outside Girl’ -, Lil Tay and WoahhVicky. Bregoli and WoahhVicky have had some beef for a while now about something – no idea what, probably who has more followers or something – and Bregoli had finally had enough of it, deciding to confront her on Sunday afternoon in LA somewhere.

Fortunately someone was on hand to catch it on their Twitter account (I mean of course they were):

Man, that video really drives home just how young and small they are and how the fight can literally be stopped by some guys standing in front of them because there’s literally no way around them. Stupid little kids who earn way more money than me. So annoying.

Anyway, I’ve no idea where this feud is going to go but I’m sure the literal millions of young kids who follow these three characters will be enthralled by it for the foreseeable future. Wish I could get as excited by this as they are.

For more Cash Me Outside Girl, check her out starting a brutal bar fight a year or so ago. Turns out she can really fight.