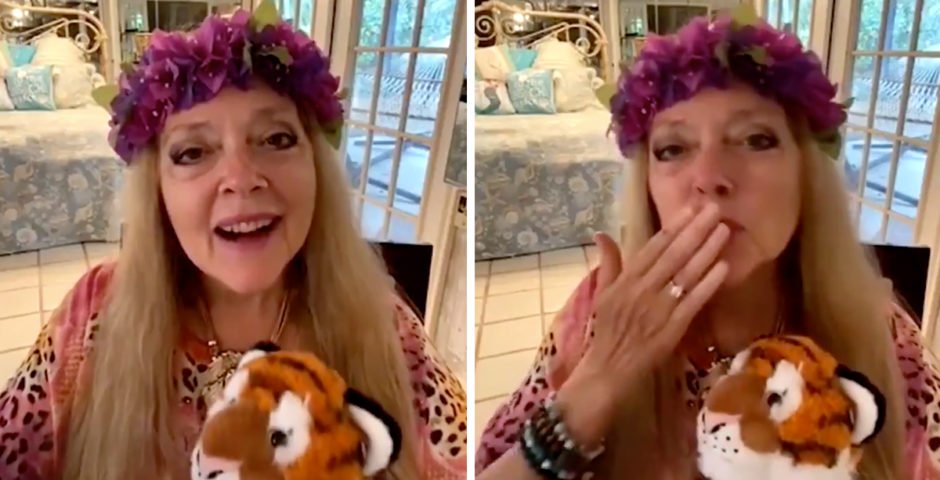 It seems like a long time ago when everyone was obsessed with Carole Baskin and Joe Exotic, but now that lockdown is easing people are up to their usual japes and Carole Baskin seems like one of the easiest targets out there.

Not only did she get tricked into talking to someone who wasn’t Jimmy Kimmel for a chat show, but now people are pranking her by asking her to send Cameo birthday greetings to Rolf Harris. Here she is wishing the convicted paedophile and his friend Jimmy Saville a happy birthday:

Gosh that’s embarrassing isn’t it? I guess you can argue that Carole probably hasn’t ever heard of either of them and their crimes due to the fact that she’s based in Florida and probably has no interest in celebrity paedophiles in the UK, but even so you think she might be aware enough to know that pretty much everyone in the world hates her and is trying to make her look stupid and therefore employ some kind of screening process before she completes these Cameos for people.

Looks like she doesn’t though hey and I guess we should be thankful because that is a real hoot. Thanks to whoever paid her $200 for the privilege – totally worth it.

For more of the same, check out her ex boyfriend talking about her high sex drive, amongst other revelations. So much going on that we still don’t know.