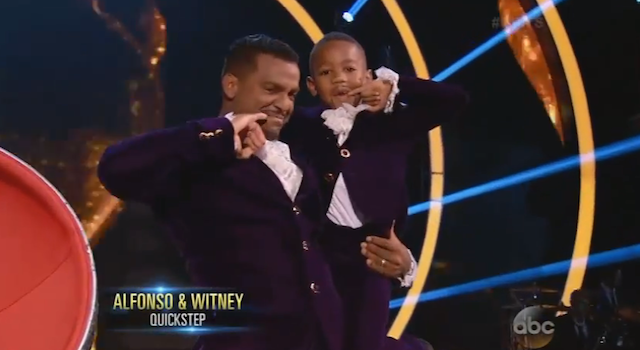 I guess he’s been dancing for the 20 years Fresh Prince has been off the air.

Last week we brought you news of how Carlton from the Fresh Prince was absolutely killing it on America’s Dancing With The Stars with his absolutely awesome dance moves, and guess what? This week is no different either.

Carlton – real name Alfonso Ribeiro – and his partner Witney Carson performed an Austin Powers themed dance this week, dancing along to the Goldmember soundtrack that was sung by Beyonce in a custom costume and even utilising his own son as his very own version of Mine Me for it. Needless to say, he absolutely killed it and you can see the results from it below.

Obviously Carlton is the clear favourite to win the competition now but we’ll keep you updated with his progress as he inevitably becomes this years champion and inevitably busts out another bunch of absolutely sick dance routines. To anyone that saw this video a couple of years ago, this is no real surprise though is it?