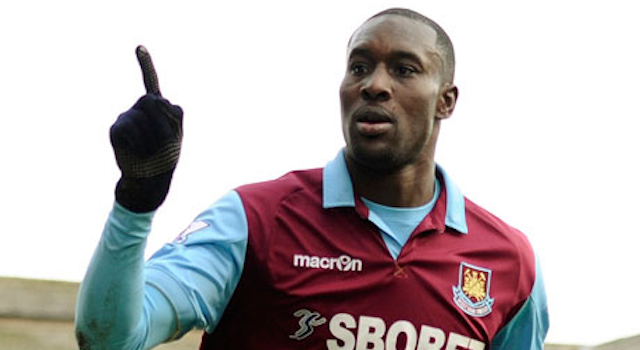 People have often wondered just what the point of Carlton Cole is, well with this ruthless putdown of a Twitter troll he’s justified his whole existence in less than 140 characters.

Up until now I’ve often wondered what the point of Carlton Cole is – he’s slow, not particularly skilful and not even really that good at football, which was emphasised this summer when he was released by West Ham and couldn’t even find another club until they had a striking crisis so had to get him back in – but I think he’s finally justified his existence with this reply to a Twitter troll. It really is a thing of beauty.

Some brief background to it if you’re not into football: West Ham have had a striking crisis this season with most of their strikers being injured, which has led to them re-signing Carlton Cole and also has led to them playing several matches this season without a recognised striker on the pitch, with varying results. Since resigning, Carlton Cole has been playing a bunch of practice matches and trying to get match fit so he can actually play in a real match. With West Ham slipping down the league in recent weeks, the situation was becoming desperate for them and their fans, which led Ricky Brown to send the following tweet. I don’t think he could ever have predicted the response he would get following it though.

Take a bow Carlton Cole, because you sure as hell won’t be getting any plaudits for anything you do on the football field anytime soon. Incidentally Carlton Cole was only on the bench against Chelsea at the weekend and didn’t make it onto the pitch, with West Ham manager Sam Allardyce again deciding to start the game with no strikers rather than playing him.

@RickyBrown_ as useless as your mum was in bed lastnight