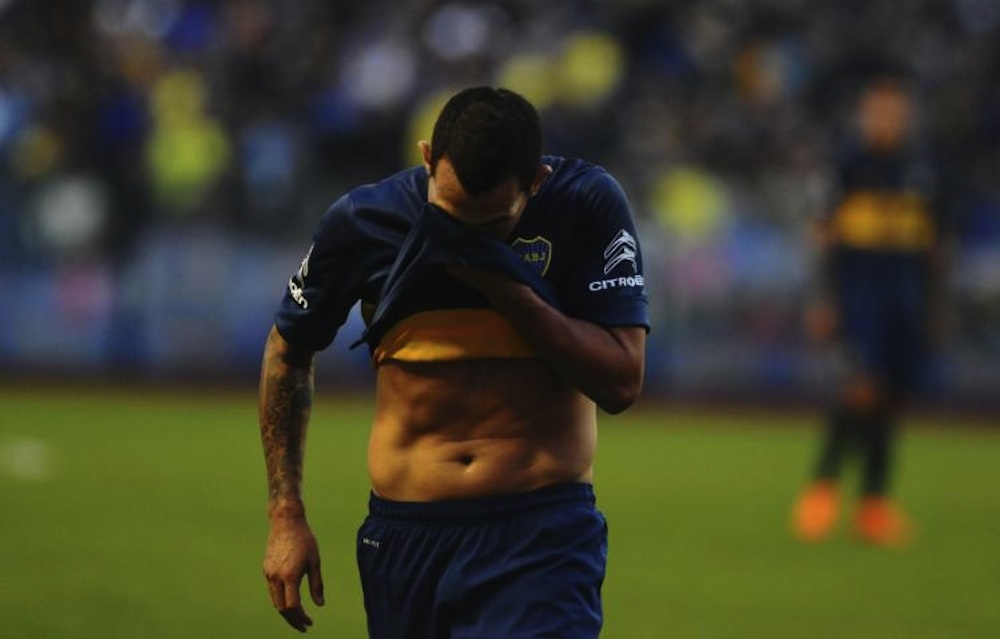 There was already one horrific leg break in football last week with Luke Shaw screwing his leg up completely against PSV in the Champion’s League, but Carlos Tevez also got in on the act in South America when he horrifically broke the leg of opponent Ezequiel Ham.

Tevez’s team Boca Juniors were playing against Argentinos Juniors on Saturday in a game that they went on to win 3-1 which kept them in their position at the top of the league. Tevez contributed to the match in more ways than one, scoring a goal and also by completely murking Ham, who had also scored.

Although Tevez clearly didn’t mean to break the guy’s leg – it’s the result of a 50/50 challenge that went wrong – it’s still a horrific injury so if you’re squeamish maybe give it a miss.

Ouch. That’s not so good. Tevez was quick to apologise following the incident, releasing the following statement:

It makes me angry because I went for the ball, it was neither malicious nor my intention to hurt him. The touch told me I’d done something wrong.

I’m sad because I didn’t want to do anything bad to him. I’ve never hurt anyone, this is my first time. Now I’m going to see him and apologise, as I should do.

What a gent eh? That probably isn’t going to make Ham feel any better, but hey at least he’s making the effort. If watching that tackle didn’t satisfy your appetite for seeing people in pain, then check out this article on what we once described as the most brutal tackle in history.