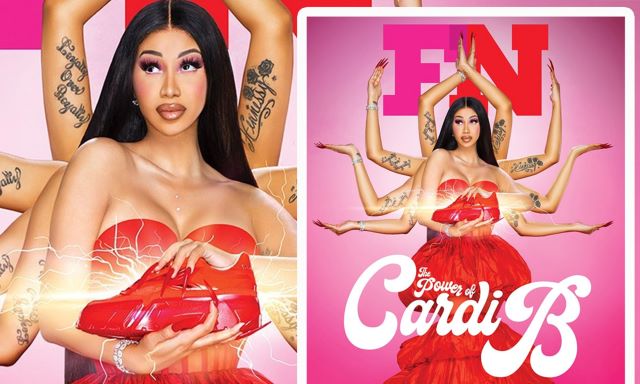 Imagine being mad about this.

People who moan about ‘cultural appropriation’ have too much time on their hands and generally need to get a life, but at least they get a short-term thrill out of grandstanding and lecturing everyone else, even when it comes to fan favourites like Cardi B.

Cardi recently did a photoshoot with Reebok in which she dressed like Hindu goddess Durga, the many-armed deity who represents strength, protection and war.

Instead of finding it pretty cool that Cardi B would use Durga’s image to project these powerful, positive qualities, the outrage brigade forced her into an apology:

If you can’t bear the sound of her voice, she says:

So a lot of my fans are telling me that I’m getting dragged by social media. They saying it’s because of my Reebok shoot and saying that I disrespected like a goddess or something.

When I did the Reebok shoot the creative told me I’d be a goddess that represents strength, femininity and liberation, and that is something I love, that I’m all about and I thought it was dope.

If people think I offended their culture or religion I want to say I’m sorry – that was not my intent. I do not like disrespecting people’s religion, I would not like if anyone disrespected my religion, with people dressed as the Virgin Mary or Jesus, as long as they do it in a beautiful and graceful way I don’t feel a certain type of way.

Like she says – the intention wasn’t to disrespect anyone, but if they do feel disrespected, sorry I guess? Not much else she can say really. 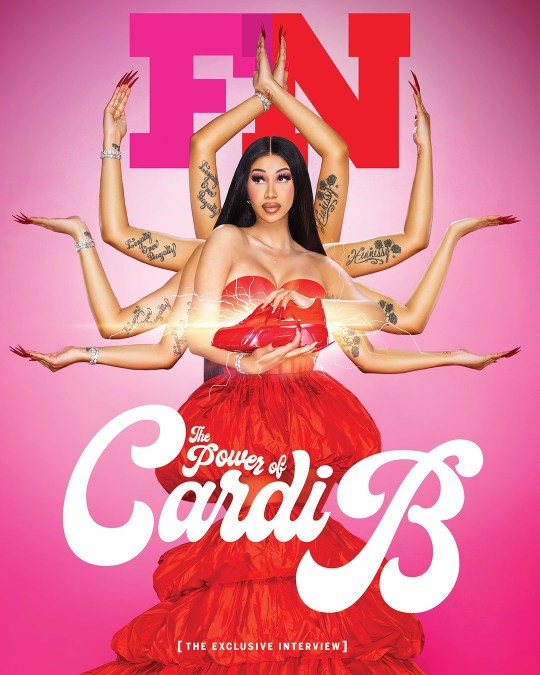 The funniest part is that Reebok & Cardi 100% knew this backlash would be coming, despite how oblivious she acts in that video. I mean the internet and idea of cultural appropriation has been around long enough now that we all know how this goes. At the end of the day it just brings more eyes to their campaign so they’ll take a bit of grief on Twitter for the long-term gain.

Here’s the sort of stuff people were saying:

Cardi B using my religion as a way to promote something and trying to cover it up as a “homage” is disgusting. What she is doing is cultural appropriation and there is no one that can tell me otherwise. The fact that Cardi thinks that she compares to or even has any remote

you’re fucking kidding this is so disrespectful to hindu culture?? how do celebrities not understand that using other people’s culture to promote their brand is wrong on so many levels!? On top of that they’re comparing CARDI B to a hindu goddess… worms for brains. pic.twitter.com/Oz7g79VMqn

Excuse me ma’am this is not homage. It’s disrespectful. She is holding a fucking shoe and we don’t even wear one when we go to a temple. And the fact that she is being compared to durga without even knowing how disrespectful it is to Hindus makes it even worse. Educate yourself. https://t.co/K7U8dru7Vo

Cardi B out here thinking she’s Ma Durga. Ma’am no, you aren’t. Stop messing with others religion. And ofc yet AGAIN no one will give two fucks about this except for us.

Jeez, imagine taking it that seriously. The best part is non-Hindus getting involved and trying to be offended on behalf of another group. But that’s what this is all about really – recreational outrage. Seeking dopamine spikes in the form of likes/retweets by showing everyone how virtuous and culturally sensitive you are. Like I said – get a life!

For the time MS sufferer Selma Blair was accused of cultural appropriation for wearing a head wrap, click HERE. Sigh…