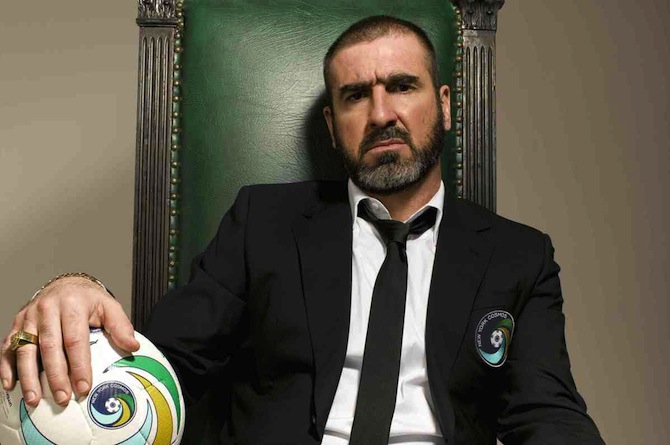 Eric Cantona tries his hand at rugby and pulls off epic trick shot – the man still has it.

Eric Cantona. Even though he is French and played for both Manchester United and Leeds United, you have to admit that he is one of the greatest footballers to play in the Premier League and his antics on and off the pitch are still talked about to this day. From scoring exquisite goals to kung fu kicking supporters to giving cryptic speeches involving seagulls and fishing boats, he was always been someone who draws a lot of attention to himself.

But what is he up to these days you ask? Well since retiring from football, he became involved beach football, playing, captaining and managing his beloved France’s national side and also began an acting career, starring in a few French movies and the British movie “Looking For Eric”. Since then it has been rather quiet on the Cantona front and you have thought his life and slowed as he has got older.

Next: The Worst Hairstyles In Football

That is until earlier this week in a mental half football – half rugby charity match played between the Marseille football side and the Toulon rugby side at the Stade Felix Mayol. Cantona started the match as the referee in the 1st half before reappearing at half time in a Toulon kit to play rugby for the home side. Cantona (now 47 years old by the way) then steps up to take a penalty kick with the egg shaped rugby ball and instead of converting by kicking it between the rugby posts, cheekily chips the ball onto the crossbar in his usual French blaise attitude.

Next: Money Makes The World Cup Go Round

Unbelievable tekkers. Check out the video below.