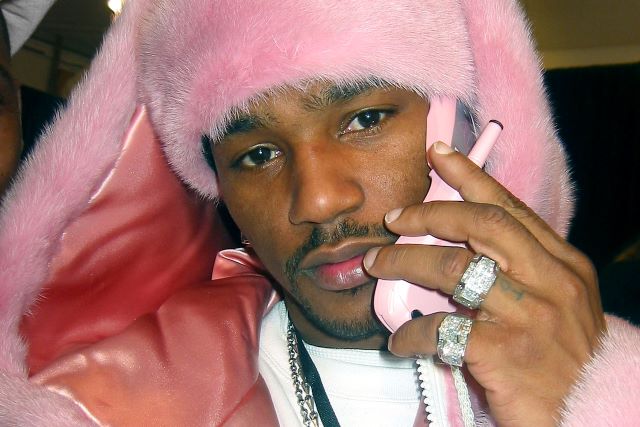 Remember ‘Dipset Anthem’ and ‘Oh Boy’ legend Cam’ron? Apparently he is still about and still having to deal with the perils of being a public figure – in his case blocking over 200,000 people on Instagram, where he has 2 million followers.

Cam’ron explaned that he’s quick to put people on the block list because he’s not going to give trolls the power to dictate his content:

Don’t ever feel bad about blocking somebody. It’s your page. It’s your shit. Sometimes people are too opinionated on your shit.

He made an A+ analogy likening it to a guest being rude in your home.

Somebody come in your house and be like, ‘I don’t like your curtains.’ Okay. … ‘I don’t really like the furniture.’ Well get the fuck out. Why are you here? You don’t like a bunch of shit but you still here. It’s crazy.

Well, when you put it that way, I guess it is a lot like that.

I let a wild comment stay there for a while. Then I block everybody who liked the comment. It’s your house.

Even blocking the people who Like negative comments? What a guy. 200,000 is a lot of people to be blocking, and say it takes at least two clicks to block each person, that means he’s devoted at least 400,000 mouse clicks to blocking people on Instagram. Repetitive Strain Injury – here we come!

Wow, he sure looks different 20 years later with a beard and without his trademark fur coat.

Would be good to see some examples of the comments Cam’ron deems block-worthy, but alas. I wonder if it’s just people purposely trolling him or being rude or whether they catch him on a bad day or something. Anyway, good to hear from Cam’ron on IG since his music is hardly making waves these days. Never mind though, we’ll always have the classics.

For the Aussie football player who retired aged 22 because he couldn’t handle trolls on social media, click HERE. That bad huh?