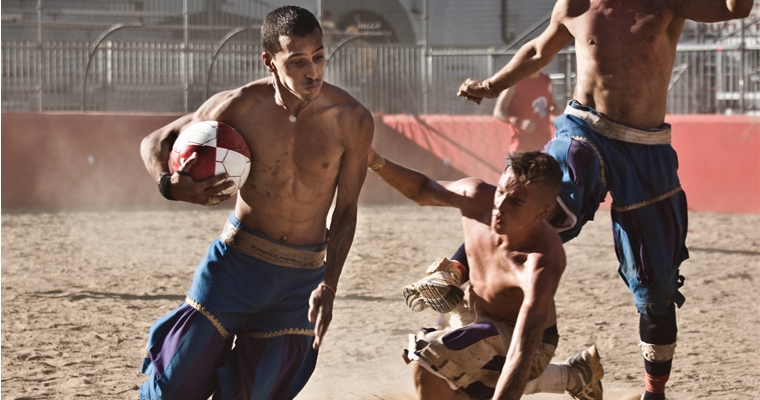 Italian footballers have been criticised for diving willy nilly. Not these buggers though. They will destroy you given half a chance. Steer clear.

Footballers in Italy (and most of the rest of Europe, including us) have got a bit of a bad name for themselves over the last few years. Criticized for diving, winging, fake tans and plucking their eye brows. But it hasn’t always been this way.

A sport called Calcio Fiorentino, Historical Football or giuoco del calcio fiorentino, has been played on dirty squares in Florence since the 1500s. It’s similar to football only in as much as you use a round ball. There’s 27 players per side and you can hit the ball with any of your body, or even hold it and run. And the best bit – you can tackle however you fancy, which basically means it’s a bit of a blood bath. It’s just an extended fight scene really. 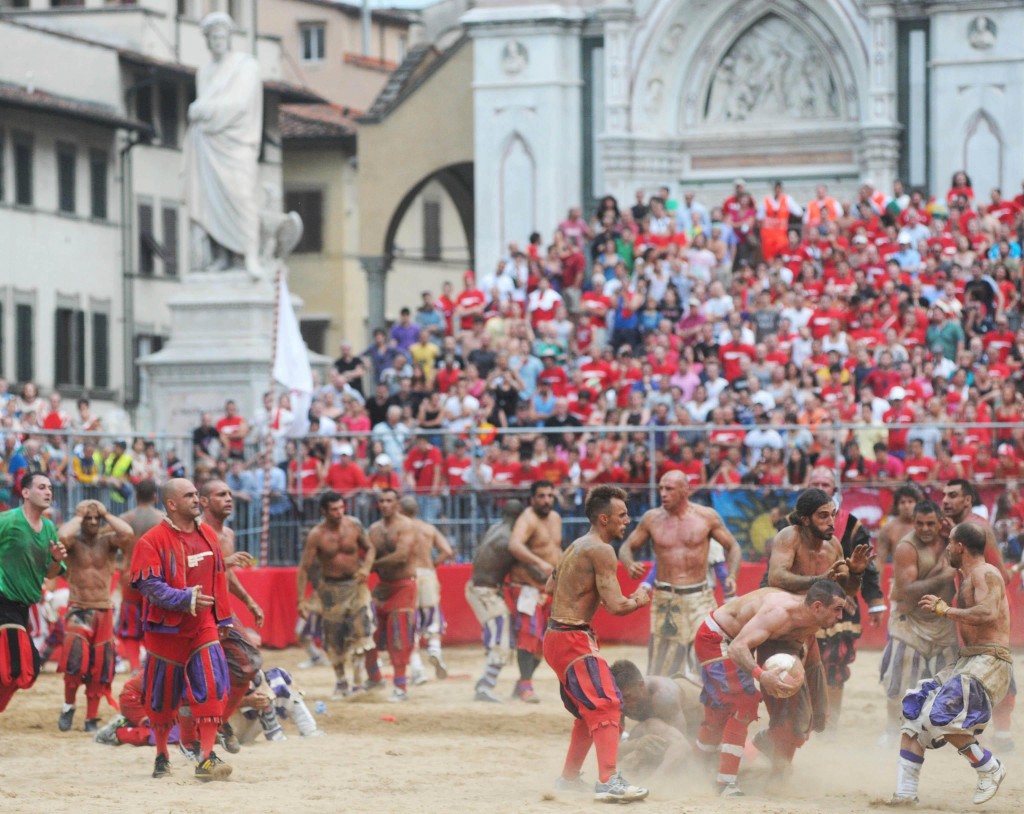 In modern times they updated and softened the rules a bit, but they still allow head-butting, punching, elbowing, and choking, but no sucker punching or kicks to the head. Sounds fair enough to me. And don’t worry if it gets out of hand, the on pitch officials have big white feathers to break it all up(?) 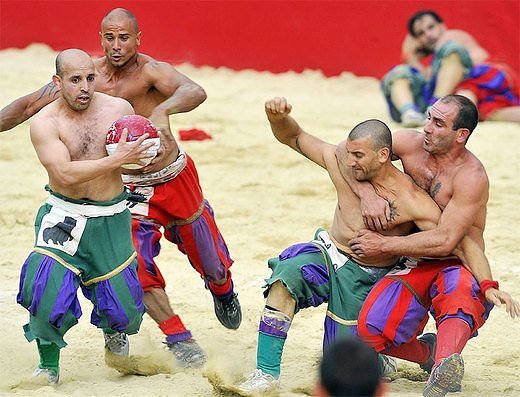 The ‘goals’ are nets at each end that run the whole width of the pitch, and teams change ends each time a goal is scored. There’s no substitutions and there’s no penalties. If you lose a man to injury, you play on with a smaller team, and injuries aren’t exactly rare. They’ve maintained the historical aspect of the game so the players initially dress up like medieval plums with fancy little shorts on, but it’s not long until most of the snazzy fashion wear has been ripped off or blood splattered. Here’s a mini-doco on the “sport”:

And if you’re well into it, here’s a feature length film to kill 10 minutes with. Enjoy: