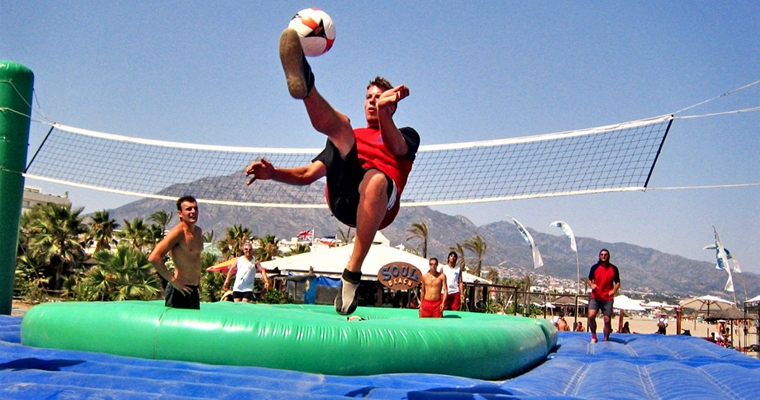 Volleyball, football, capoeira, trampolines and bouncy castles all in one sport. Fancy it?

I like finding strange sports, and I’d never heard of this one before – Bossaball, but I hope it catches on. Bossaball mixes capoeira, volleyball, football, trampolining and gym class in to one big bounce fest. It looks like it would be proper fun, but I remember the last time I went on a bouncy castle with my nephews. I lasted around 20 seconds before I was face down on the mat wheezing like an air vent and dribbling like an exhausted mule. There may have even been a little puke, I can’t say.

Also it looks like you need to have quite a bit of skill to compete in this sport, and last time I checked, I had no skill at all. Sad but true, but I deal with it. 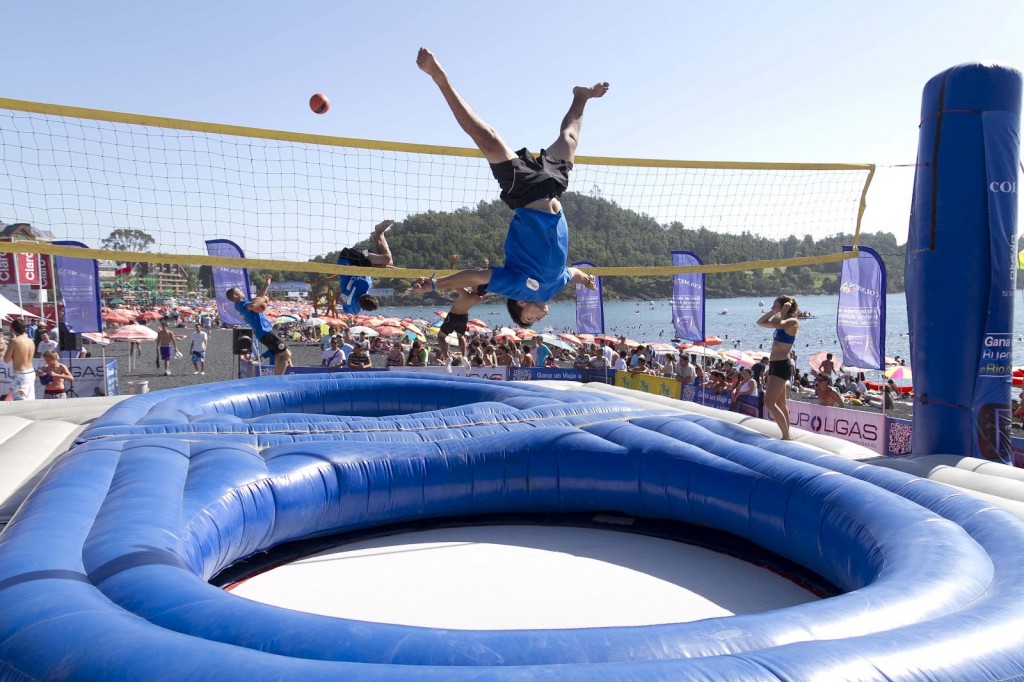 I genuinely can’t be arsed to find out all the rules and then type it all out, I know you don’t give a shizzle anyway. Basically it’s volleyball but on a bouncy castle with a trampoline involved too. And you jump about etc. Here’s the video, it will learn you the basics:

Anyway, so Bossaball was invented by a Spanish chap by the name of  Filip Eyckmans in 2004 and since then it’s spread to around ten other countries including Saudi Arabia, Germany and Singapore. Not England just yet though. Our beer guts would explode. This video contains one of the coolest rallies I’ve seen in any sport ever x 1000. Pay particular attention to the sweet shot at 0:18. Boom.

More: Hugh Jackman Gets Hit In The Balls By A Cricket Ball Bowled By Shane Warne