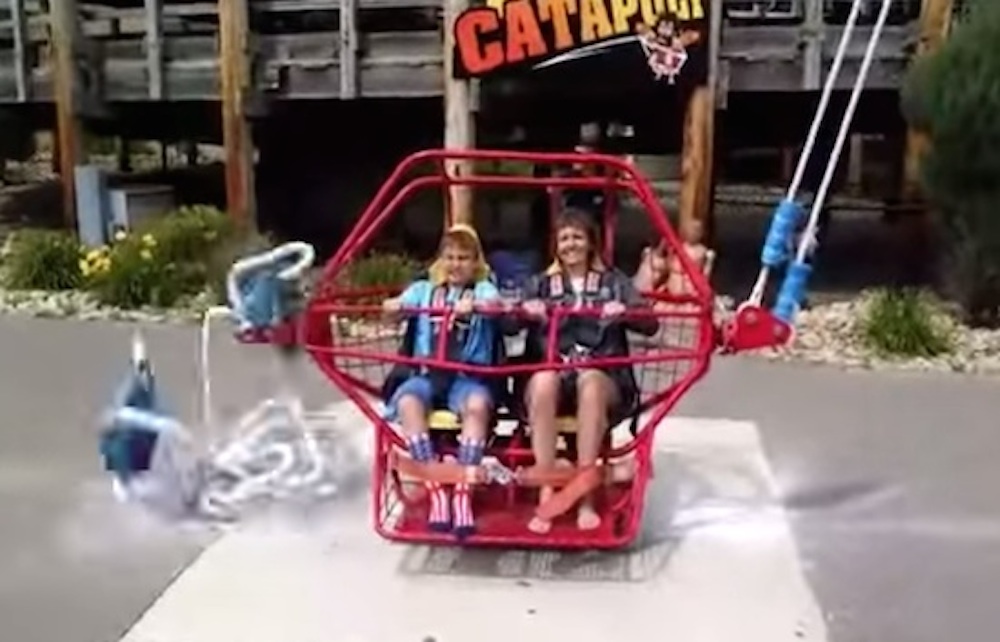 I’ve never actually been on a slingshot/catapult ride and it’s not because I’m scared, it’s because they always look so rickety and dodgy that I think they might break at any moment. I guess that does mean I’m scared actually.

In any case, my fears have finally been justified with this video, which could have been a lot worse if the cables snapped 30 seconds later. It’s of a boy and his mother about to ride the slingshot when suddenly out of nowhere one of its cables just up and snaps like nothing. Sketchy as hell.

Of course there are the inevitable ‘yo momma’s so fat she broke the slingshot ride’ jokes, but in all seriousness this is absolutely messed up and if those cables had snapped a little later then we wouldn’t be laughing about this at all because those two people would be absolutely screwed.

Don’t think I’m going to be riding on of these anytime soon – probably more likely to try this roller coaster that’s deliberately designed to kill you before one of these. At least I’d know what I was getting into that way.