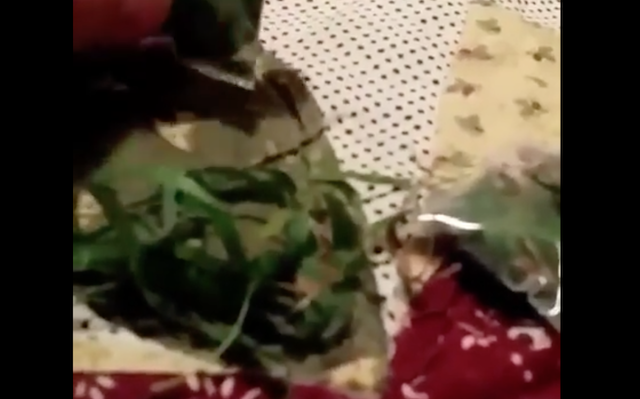 Possibly the most naÃ¯ve stoners of all time attempted to buy weed of Instagram this week, and as you might expect they didn’t exactly get what they paid for.

Believe it or not they weren’t sent bags of high-grade in the post, but rather bags of actual grass some joker ripped up off the ground and stuffed in baggies.

Here’s the moment they realised:

Welp, lesson learned I guess. Doubt these kids will be making the same mistake again. And when I say kids I mean actual kids. 13 years old max. Still I suppose it’s good to get scammed like this at a young age so you don’t get ripped off on a larger scale as an adult. The funniest part is that the kid actually seemed blown away by the fact the last bag contained leaves too, as if the first four bags weren’t a good enough indication that there’d be absolutely no weed in that package whatsoever.

Anyway, these kids might want to stop picking up entirely just to be on the safe side. They’re not very good at it. I mean who the hell buys weed off Instagram? Doesn’t seem like something that would ever work out. Just like attempting to sell weed to a cop.