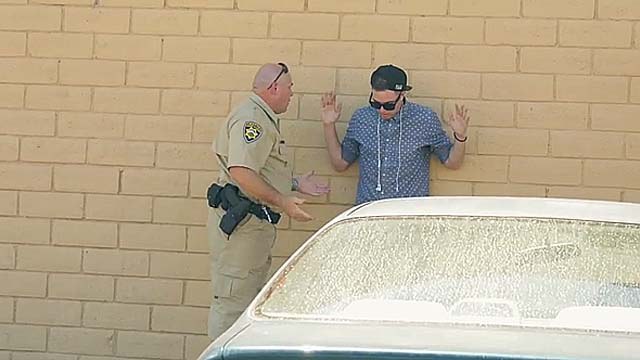 Calen Morelli proves why he’s the next big thing in magic with this awesome prank.

Calen Morelli is the next big name in magic. I’ve never heard of him but I’ve heard that from reliable sources and his record speaks for itself – his debut feature Dresscode became a bestseller over night and since then he’s become a creative consultant to some of the big guys like David Copperfield, Dynamo and David Blaine. You can’t get much more big time in the world of magic than that.

In this trick, Calen attempts to sell weed to a police officer and well, you’ll just have to watch it to see what happens next but believe me, it’s pretty fucking hilarious – especially if you hate cops like we do because he makes this guy look like a grade a clown.  If this is 100% real then we’ll be seeing a lot more of Calen Morelli in the coming months and even if it’s fake we probably will be anyway because it’s good enough and awesome enough to pass as real.

Hail to the king. Although next time Calen wants to sell weed, maybe he should just move to Uruguay.