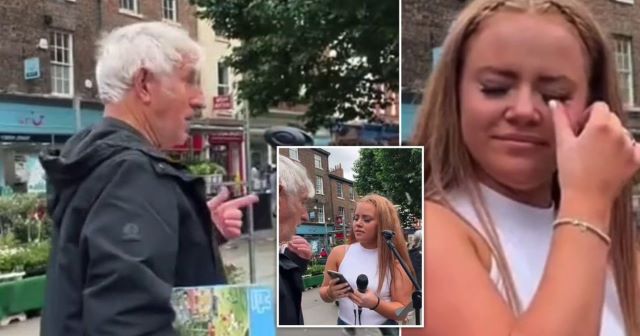 If you busk in the street you should probably be prepared for some people to dislike your performance, but would you ever really expect a grown man to walk up to you and straight up tell you that you’re sh*t and will never make it?

That’s what happened to 18-year-old singer Mia Kirkland in York city centre this week, where a man clutching an 1,000 piece puzzle took the time out of his day to give her an unsolicited review of her performance:

Well that wasn’t very nice, was it? Man claims to have worked with Diana Ross so just thinks he can go Simon Cowell mode whenever he feels like it. Although I guess she’ll get harsher critics than that if she ever makes it in the music game, so maybe it’s best she gets a taster from some random bloke in the street if she’s serious about pursuing music as a career. Still, it’s never nice to see an 18-year-old girl crying in the middle of the street, is it? If he really wanted to help her out, why not sort her out with some autotune?

For the time the internet tried to cancel Olivia Rodrigo for plagiarism even though she did nothing wrong, click HERE.