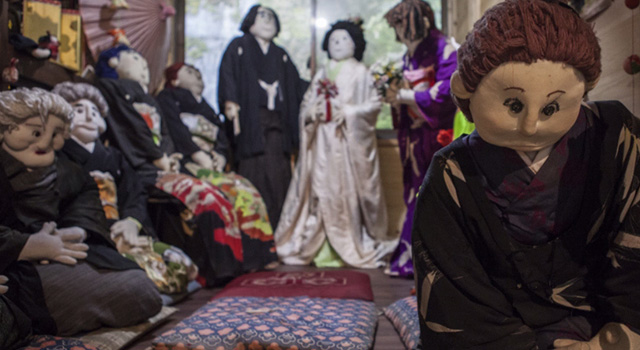 There are a few places in the world that weâ€™d rather not live and this is one of them.

There are a few places in the world that we’d rather not live; at our parent’s houses, everywhere Domino’s doesn’t deliver and this entire list of ridiculously creepy places. Fuck knows how people survive without a decent pizza delivery. Our latest addition to the nope list is this more-than-slightly disturbing village up in the mountains of Japan, which is home to 35 regular human residents and over 100 lifeless scarecrows. It’s like something straight out of a horror film, except worse because it’s real. 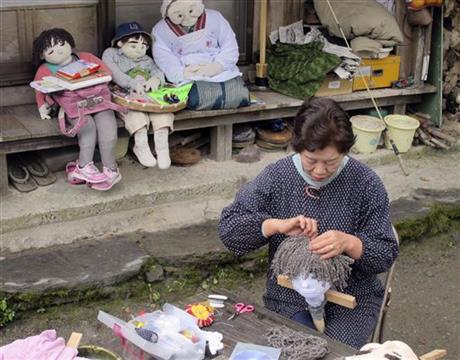 The terrifying scarecrows are made by Tsukimi Ayano, who returned to her hometown from Osaka 13 years ago to care for her elderly father. Although she is one of the younger inhabitants of the abandoned village Nagoro, she’s not exactly the picture of youth at age 65. 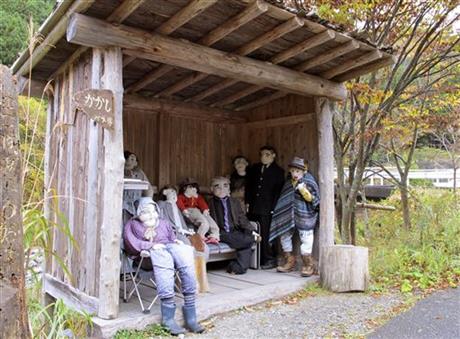 Ayano started creating her creepy little friends after some dickhead crows were caught eating up her radish seeds whilst she was trying her hand at farming. One scarecrow lead to another and before she knew it, there were over 100 life-size dolls taking over the town as though this was a real life episode of Goosebumps. She explains that crafting the new occupants helps fill her time in the near-vacant suburb and many of them are based on the likeness of neighbours who have either died or left. Luckily the weird dolls bring some much needed tourism to the empty village, although we’re not too sure why anyone who has ever seen a scary film and values their life would want to be anywhere near this place. Their creator admits that “if I hadn’t made these scarecrows, people would just drive by.” 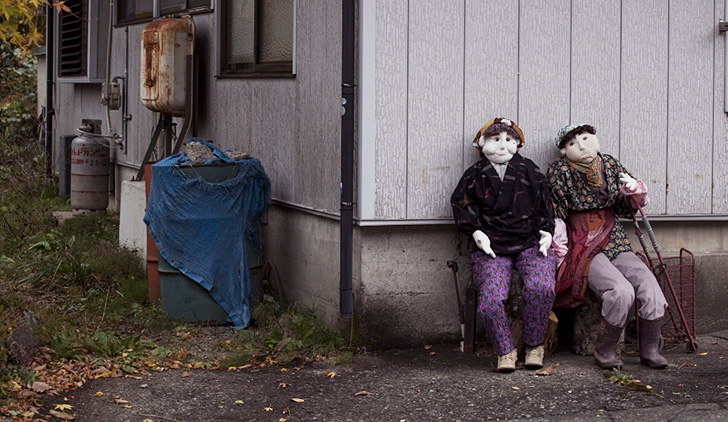 The mannequin imposters are absolutely everywhere: the bus stop is full of pretend people waiting to get a ride to nowhere and an abandoned primary school is now filled with stuffed staff and children, forever stuck in the classroom with no break time or lunch. Ayano even takes one in the car with her for the 90-minute trek to the nearest supermarket.

Nagoro is just one of the 10,000 villages in Japan that’s gradually turning from a thriving community to a deserted ghost town due to low birth rates, increasing immigration and all of younger generations skipping off to the big cities to live their dreams and make their fortunes. It’s estimated that by 2060, four in ten Japanese citizens will be over 65 years old. Evidently everyone needs to stop humping robots and start fucking each other.