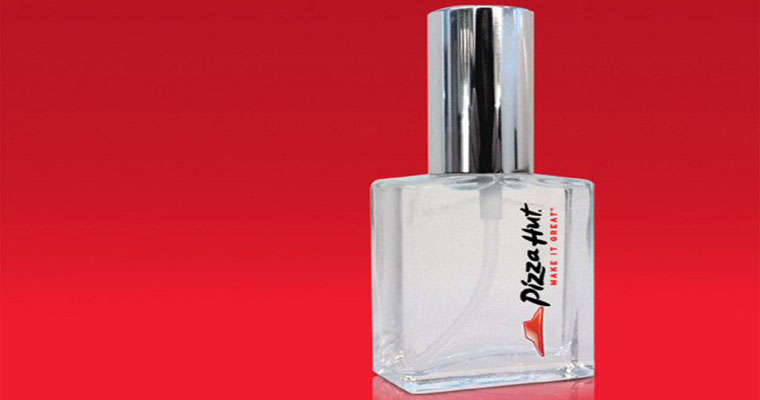 Is there anything more amazing than when you walk past the most beautiful girl in the world and she happens to smell like pepperoni pizza? According to Pizza Hut there isn’t.

Pizza Hut Canada have come out with a new pizza scented perfume that you cannot buy in the shops as they’ve only made a limited edition 110 bottles – and these are only available for winners of their Facebook competition.

The scent has been described by the Pizza Hut Facebook page as the smell of freshly baked dough mixed with a little bit of spice.

It seems like a pretty stupid PR stunt but in all fairness it’s not like Pizza Hut have shied away from tacky advertisments before:

I say tacky advertisment…Pamela Anderson is about as great as adverts get – so well done to Pizza Hut on that one.

“Do you love the smell of a box of Pizza Hut pizza being opened?”

But how does that lead to wanting to cover yourself in the stuff? Apparently it was as a result of a couple of their followers saying that they would even wear it as a perfume if it existed. One nut case even said that they would “gladly buy several bottles.”

Pizza Hut then came out and announced that they would “reward 100,000 fans by actually creating the Pizza Hut perfume!”

Director of Pizza Hut Canada Beverley D’Cruz didn’t rule out Eau de Pizza Hut making its way to a store near you saying, “For now, we’ve only produced 110 bottles of Eau de Pizza Hut, but who knows what the future has in store.”

If people wanna smell like pizza that’s fine by me and in all honesty I’ve got no issue with Pizza Hut releasing a perfume for pizza crazy people as long as they promise to never employ Gareth Southgate to do another advert. He looks like an ugly diseased version of Richard Bacon – and that is saying something: