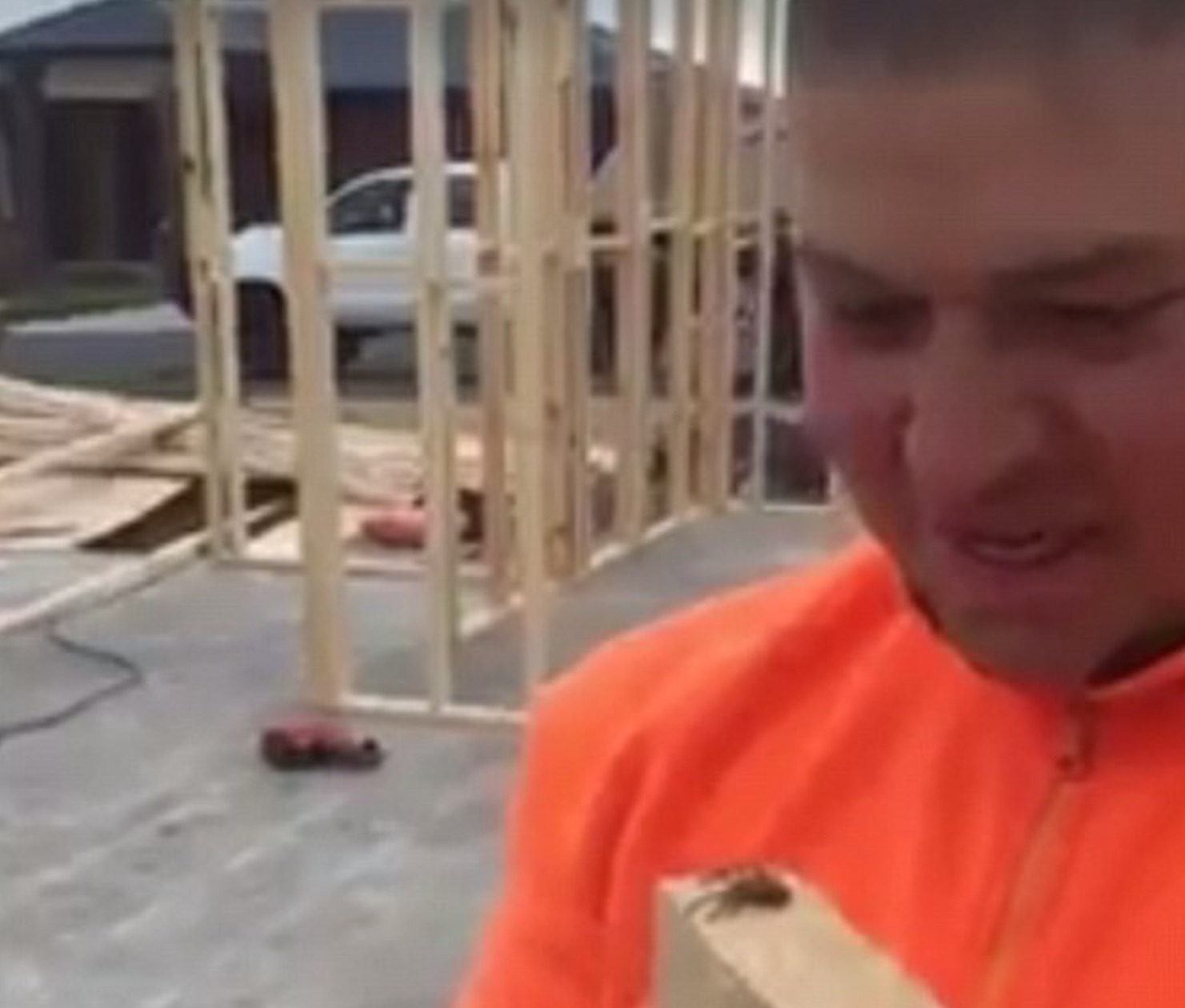 There’s always been a great culture amongst groups of guys whereby they pay one of the team to do something completely and utterly stupid. This is a fantastic example of that.

The video features a young carpenter named Jordan Kopa being dared by his much older co-workers to eat a spider that they’ve just found on a piece of timber. After renegotiating the terms of the bet, Jordan psyches himself up and bites the spider straight off the piece of wood without so much as flinching.

In fact he’s positively enjoying it as he tilts his head back to ensure it goes down the hatch. Yum.

Yeah it doesn’t look like he enjoyed that too much after he felt it wriggling around in his stomach, judging by his coughing at the end. Hopefully he’ll be OK and doesn’t die or anything. Then he can spend that $20 on something really nice… or just get himself some new mates.

For more spiders, check out this bizarre mutant spider that’s been stalking Australia. Bet this guy won’t be putting that in his mouth anytime soon.