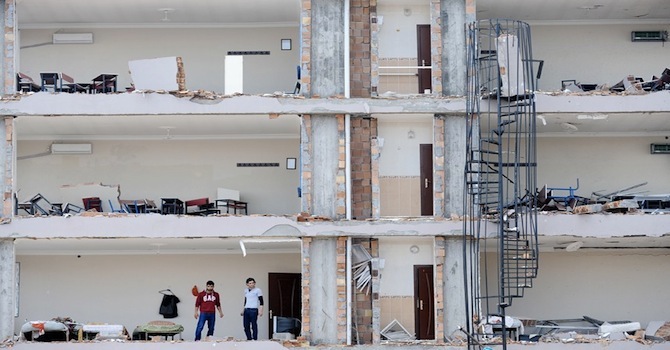 Syrian rebels bomb a building and the result sort of looks like the set from a Bryan Adams Video from the 90’s.

This photograph is of a building damaged by a twin bomb blast of Reyhanli in Hatay province, a town that’s just a few miles from the main border crossing into Syria.

The guy who took this must be getting mad props from his bosses back at the Reuters office. Looking at it you’d think photojournalism might actually be a pretty awesome career-path if you overlook the niggling risk of getting blown to pieces depending on which war-torn country you end up in that week.

It is completely not cool to make light of the situation in Syria, calling it grim is an understatement but nothing I can say is going to make things any better. Therefore, when bombed buildings bearing uncanny resemblance to scenes from the 90’s music video for ‘When You’re Gone’ surface I am naturally obliged to point it out. Maybe if they all chilled the fuck out over there and listened to more non-offensive 90’s pop/rock they’d mellow and stop blowing each other up all the time.

I’m not going to post the actual video on Sick Chirpse at risk of lowering our street cred but I will direct you to it here so you can still appreciate some sultry Canadian tones. We can only hope Syria is watching too.

Are These Soldiers In Syria Dancing To Usher’s Yeah? 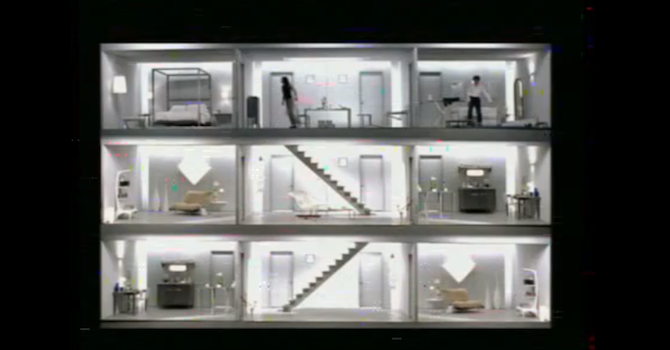