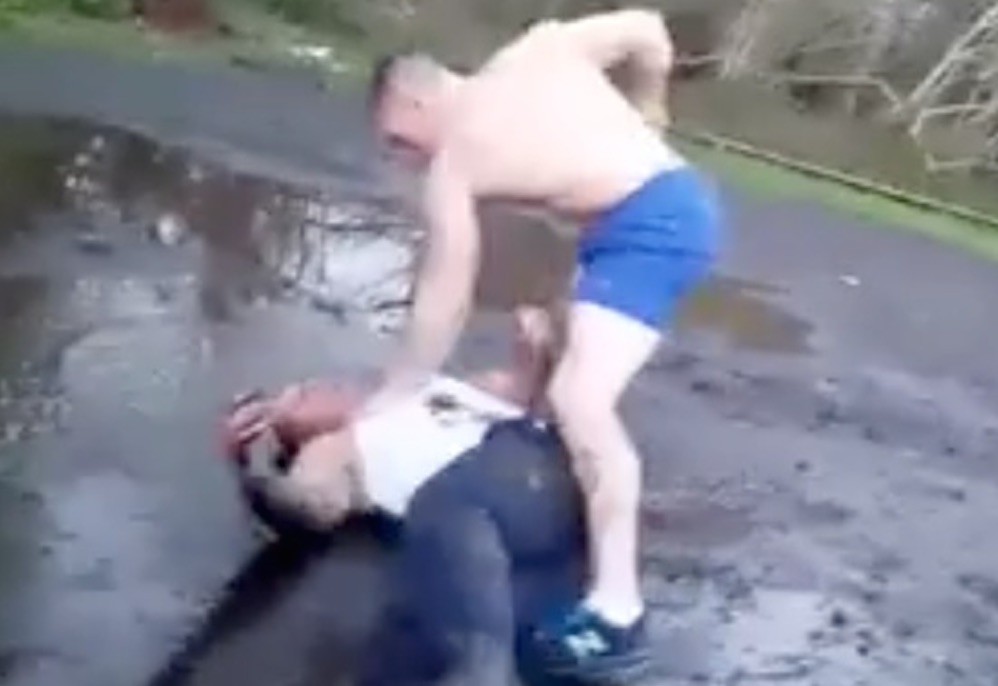 Is there some underground Fight Club shit going on in the UK?

I’m not sure what’s going on here as there’s absolutely no information given about it, but it seems fairly clear from the video that these two guys have arranged to meet up in some gross UK car park in the rain and mud and beat the absolute crap out of each other.

One dude is just standing around waiting in the car park with who I can only assume is his manager/trainer, whilst the other dude rocks up in a car with his posse and then the two go at it in one of the most brutal fights I’ve ever seen.

It’s made all the harsher by the fact that it’s taking place in one of the scuttiest environments in history too. Full on hardcore.

Brutal stuff, although I’m not sure he needed to kick him in the head at the end there when he was clearly down and out on the floor. I guess there aren’t really any rules when you’re fighting a guy in a car park in some shit town like Barnsley though.

Does this mean there are a bunch of secret fight clubs going on in the UK though? Are pre-arranged fights in crappy car parks off the beaten track like this happening all the time? We can only hope we get to the level of the Juggle bare knuckle boxing league over in America.