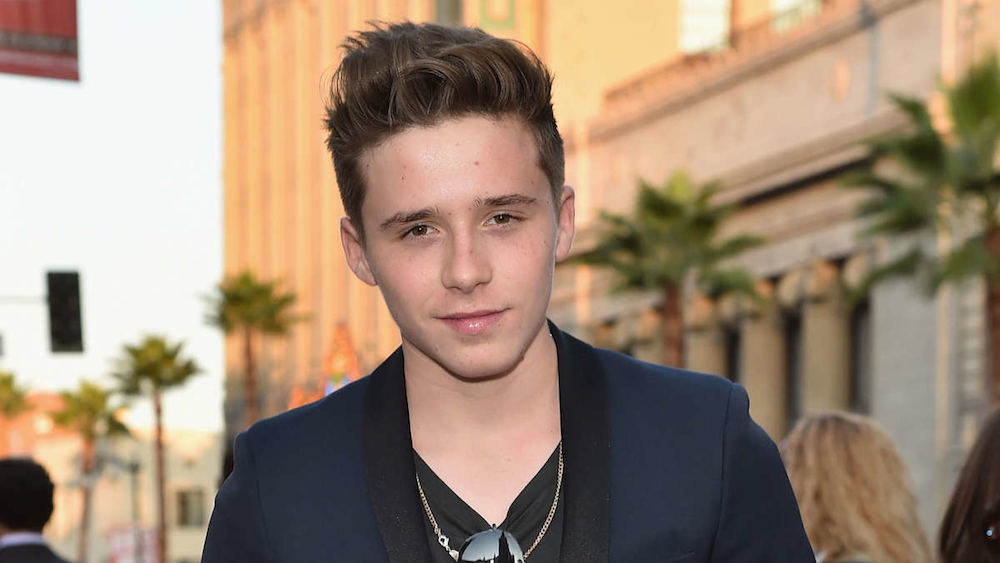 Having a famous dad can’t get you everything.

Brooklyn Beckham had been making some waves at Arsenal recently after a Vine of him having a shot that hit the bar went slightly viral (admittedly this was probably because it has a clip of his father actually scoring the goal from a similar position at the end of it), but it turns out that that’s going to be all she wrote for young Brooklyn at Arsenal: he’s getting released.

Apparently Brooklyn had been impressing in early matches and was even promoted to the under 18s team recently to see what he could do, but reports are now flying around that he won’t be offered a scholarship contract and will leave the club’s academy in the coming weeks. Unlucky mate, looks like you won’t be getting a video of your career in LEGO like your father.

Arsenal do apparently actually rate him quite highly and think that it is possible that he might make it somewhere else, it just wasn’t going to work out with them though for whatever reason. Apparently the fact that he hadn’t been a part of any elite academies before he started at Arsenal counted against him, as it was thought that he was behind in his ‘football development’.

Right now it’s up in the air about whether he’ll continue his ‘career’ or might just retire before he even makes his footballing debut. It must be hard being Beckham’s son because everyone in the whole world is probably hoping he fails, so I doubt anyone would blame him if he just slunk off to live off his father’s riches for the rest of his life. If he does, Romeo and Cruz are still members of the Arsenal academy so there’s always a chance that they might make it instead.

Yeah right, it’s not like there’s a lot of people whose sons have made it in football like their fathers have is it? I mean the only reason Alex Bruce even has a career is because Steve Bruce signs him all the time.