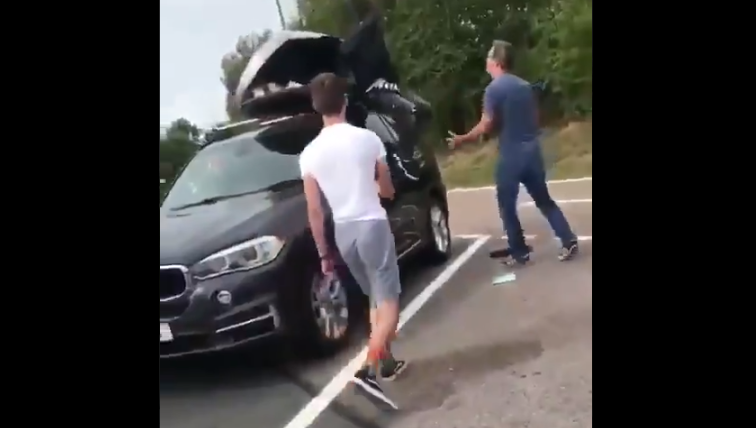 This isn’t going to be a political post where we discuss the pros and cons of migration or get into anything sensitive like that. Rather, I’m just sharing this video because of the family’s hilarious reaction to finding two surprise guests hiding in their car’s roof box as they drove back to the UK from the north of France.

Featuring the poshest use of the word “c-nt” you will ever hear:

This SHOCKED family discovers TWO MIGRANTS has been hiding in their cars roof box whilst travelling!

Wow they really were not prepared for that in the slightest were they? Although to be fair you would hardly ever expect to find two blokes hiding in your car’s roof box, would you? It does absolutely suck that they threw out this family’s items to make room in the luggage box though. Maybe stick a padlock on there next time?

The VIP of the video though (well, aside from poor Colin) has to be Colin’s wife who is just making it 100x harder to think by screaming and going into meltdown the entire time. Why the hell does she hit Colin at around the 1:10 mark? No doubt she’ll find a way to blame him for everything!

For the tourist arrested in the Philippines for wearing the world’s most NSFW bikini, click HERE.