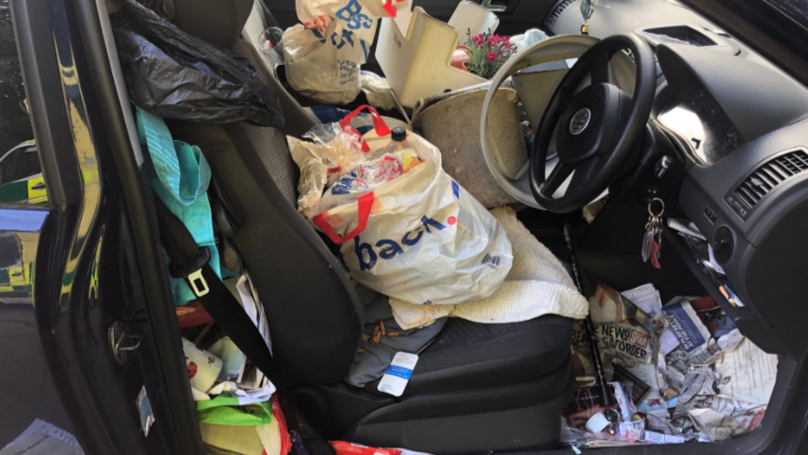 It’s always fascinating taking a ride in somebody else’s car to see what manner of crap they’ve got in it and just how much of a state it is, but I guarantee that you’ve never ridden with anyone as much of a mess as the person featured in this story.

The driver of this car has quite rightly been dubbed Britain’s messiest and the story gets even sillier after you hear that she actually managed to crash her car because she couldn’t find the handbrake because of all the mess. Hampshire Police say that she parked up the car and it then rolled down a hill into another one because she was unable to locate the handbrake because of all the crap in her car. What an absolute weapon.

Some of the stuff pictured in her car doesn’t make any sense either – why would anyone keep an upside down stool or a bucket or plants in their car? Literally makes no sense whereas maybe you could understand the old food wrappers and what have you. Unsettling.

Boris Johnson’s car is a dream compared to this one! Driver couldn’t get the hand brake on and rolled back into a parked vehicle. I wonder why?🤔 pic.twitter.com/nhHrtpSErH

The Hampshire Police there are comparing the car to Boris Johnson’s which was recently papped with all manner of crap in it as well. What is it with some people?

For more of the same, check out the grossest room in history. Disgusting.