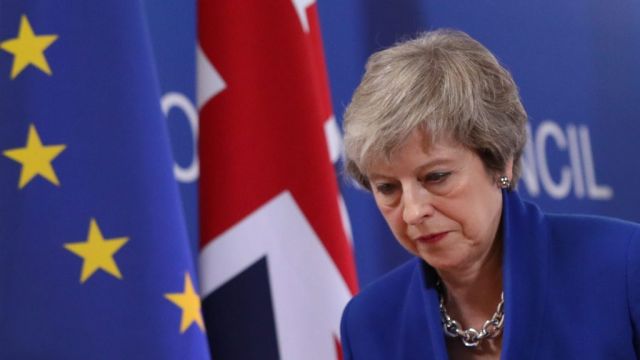 It’s been three long years since the referendum and it doesn’t look like we’re any closer to leaving the EU than we were before it even happened – and the big news is that it’s costing us a whole load of money to keep dragging this saga on.

Data from S & P Global Ratings analyst Boris Glass tells us that the UK has lost £66 billion since the Brexit vote with the GDP slipping to 0%, apparently leaving us on the brink of a recession. Here’s a graph that explains just what that means (the UK’s GDP value appears in yellow) in contrast to an estimated value based on comparable economies. The dotted line is a weighted basket of countries with similar economies and is identical to the UK’s before Brexit): 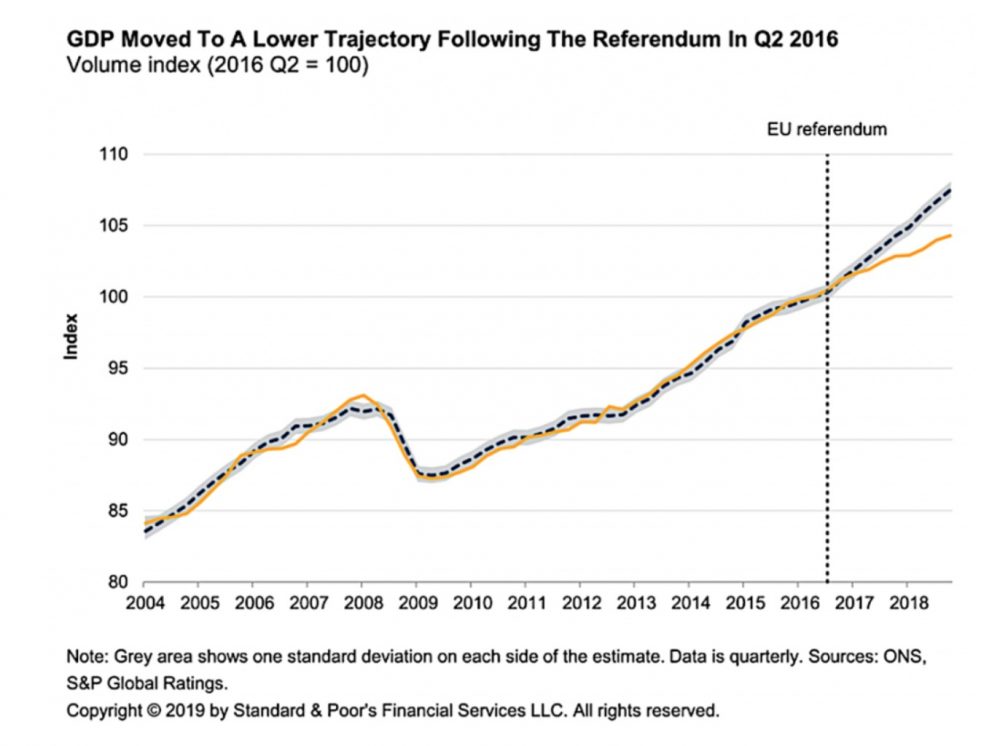 Yeah I don’t really know what that means either, but I guess it means that the volume index is lower than expected thanks to the referendum and that’s costing the economy money. Apparently the average person is £1000 poorer now than if the referendum hadn’t have happened. Damn.

There are a whole bunch of reasons for this and here they are: an increase in inflation, erosion of household spending power, decline in house prices, weak exports. a decline in the value of the pound and several huge companies leaving the country and taking their jobs with them. The perfect storm, you might say and with no ending in sight it’s probably going to get a lot worse before it gets better.

Of course, we don’t have to believe these figures and they could actually be false or made up, just like those pledges for £350 million a week to the NHS on the sides of buses during the campaign. Who knows anymore?

For more on Brexit, here’s someone saying it’s a good idea for the country to go without food for a bit. Nice one.