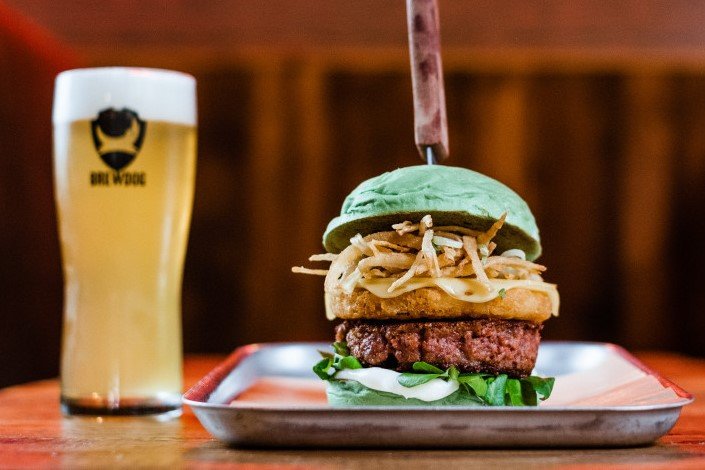 There’s no denying that the vegan revolution has gathered pace in recent years and most people probably agree that this is a good thing regardless of their chosen beliefs because even if you’re not vegan, the fact that there are more options for them means they’re complaining and talking about veganism less so ergo good for everyone.

Anyway, the fact is that most restaurants/bars/whatever you head out to these days has a vegan option and that’s great – something for everything etc etc and even if you’re not vegan you can check it out if you’re so inclined, maybe it will even convert you lol – and this makes Brewdog’s new menu item choice all the more bizarre:

Try it now in your local burger-flipping BrewDog bar. pic.twitter.com/BvsHY1IqL5

Like what? I just don’t get it at all – who is this aimed at? Clearly not vegans/vegetarians as they’re not going to eat the meat on it and so I guess it’s aimed at people who are trying to cut down on meat (this is what their Twitter feed is saying) but don’t want to cut it out entirely. Surely if that’s the case then you just eat falafel or a mushroom rosti once a week rather than eat a burger with 50% less meat in it one time when you go to BrewDog (assuming that most people don’t eat at BrewDog ever week here)?

I guess it could be aimed at people who want to check out vegan options and see what they’re all about as well, but surely if you’re gonna do that you don’t want there to be 50% meat in it because you’re not going to get the full experience? Maybe I’m a bit too woke about this and willing to try vegan/vegetarian food, but I can’t really see someone against veganism trying a vegan meal because it’s got 50% meat in it? Completely defeats the point of it all?

Another idea is that maybe it’s aimed at those vegans who get drunk and steal a bit of your kebab at the end of the night? They can order this burger and have a little bit of meat but mostly vegan stuff so they don’t feel as bad? Again, doesn’t really seem like a viable mass marketing opportunity there guys.

And don’t get me started on the matcha tea bun. Yuck – although there is the option to swap it for a brioche bun if you’re feeling like making the dish even less vegan for whatever reason. You know, because veganism works on percentages. 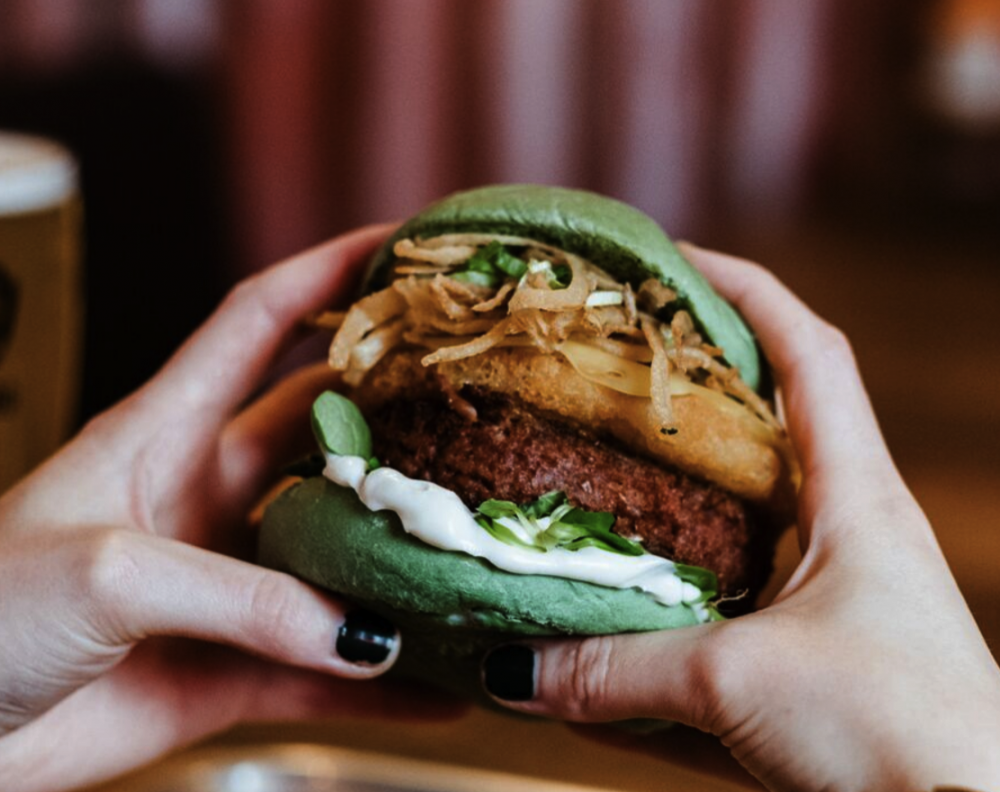 Anyway, all three of those possibilities for a target audience are absolutely ridiculous and it really does shock me that this managed to get from development all the way to the table at your local BrewDog. Of course it could all be a ruse to gain publicity like that Paddy Power/Huddersfield strip thing, but I do kinda really believe that BrewDog are the kind of company that would think this is a good idea. Maybe that’s all part of the ruse though hey?

Twitter has predictably had the same reaction as me and BrewDog’s social media team has admirably tried to fight back with replies like ‘This is an option for people looking to cut down on meat but not cut it out all together’ and ‘we wanted to do something for flexitarians, but this just kinda highlights how dumb that is as a concept anyway. Flexitarians will surely be eating meat some days and not others if that’s how they choose to live their lives, they won’t be replacing half of their chicken burger with seitan will they? Ridiculous.

For more of the same, check out this Burger King Hybrid Burger. Mac ‘N Cheetos, much better.