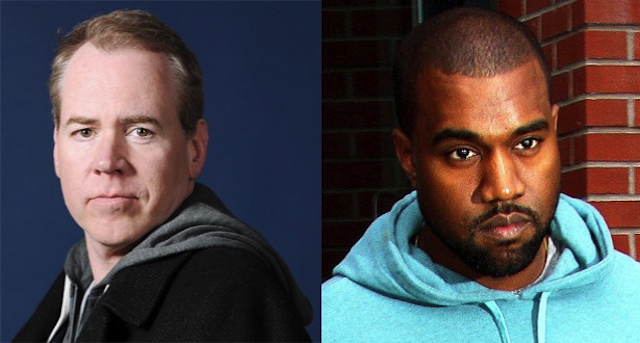 This may not make much sense at first, but when you think about it it makes a ton of sense.

Bret Easton Ellis has revealed in an interview with Vice that he has been writing a film script for Kanye West to appear in, and that the two have been collaborating ever since Kanye recreated (ripped off) a scene from American Psycho when he was promoting Yeezus:

‘Kanye and I have been meeting about writing a script for him and so that’s a project that’s kind of in the works,” he shared. “He came and asked me to write the film. I didn’t want to at first’.

Then I listened to Yeezus. It was early summer last year and I was driving in my car. He’d given me an advance copy, and I thought, regardless of whether I’m right for this project, I want to work with whoever made this. So fuck it, I said yes. And that’s how it happened. That was seven or eight months ago. We’ll see what happens’.

So there you go, Bret Easton Ellis was turned by Yeezus. Don’t get too excited (were you actually excited? Not sure if I am given how shit The Canyons was supposed to be and how much of an idiot Kanye West is) about this project though as apparently it’s currently stuck in Kanye Land with about 10,000 things he’s looking to do.