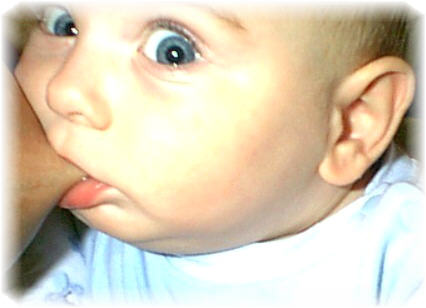 New doll for young girls which mimics the process of breastfeeding.

It appears that long gone are the days where little girls would be content with nothing more than their imagination. Now children aren’t happy unless their Barbie has a dream house, a number of holiday homes and some off shore bank accounts. Competitors in the doll market are aiming to make dolls more and more life like, though personally I think ‘Baby Wee Wee’ was pretty unnerving. However, I fear that some doll manufacturers have definitely taken it one step too far.

Introducing the ‘Breast-Milk Baby’. I shit you not. 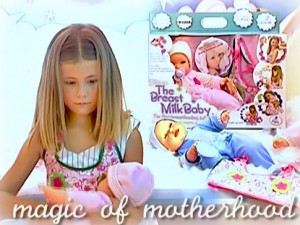 Not even the girl in the advert looks like she's having fun.

The doll, which is soon to be released in the UK, comes complete with a bib which can be put on to mimic a lactating nipple. Freaky. The bib has a sensor in it so that when the doll is lifted towards it – as in the action of breastfeeding – then the sensor is activated and the baby starts moving and suckling. The Spanish company, Berjuan Toys, have said “the whole purpose of The Breast Milk Baby is to teach children the nurturing skills they’ll need to raise their own healthy babies in the future. Breastfeeding is good for babies, it’s good for mommies and it’s good for society. We really don’t understand why this has created such controversy.” They’ve even go so far as claiming that ‘God supports the Breast Milk Baby’. You can check out these claims here on their website. You can also check out a video of a demonstration of the baby in action as well as a lengthy explanation as to why this doll is a groundbreaking idea. 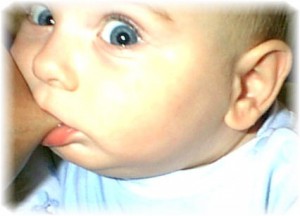 I mean I’m totally pro-breast feeding but in my opinion is that this doll is just a bit creepy.