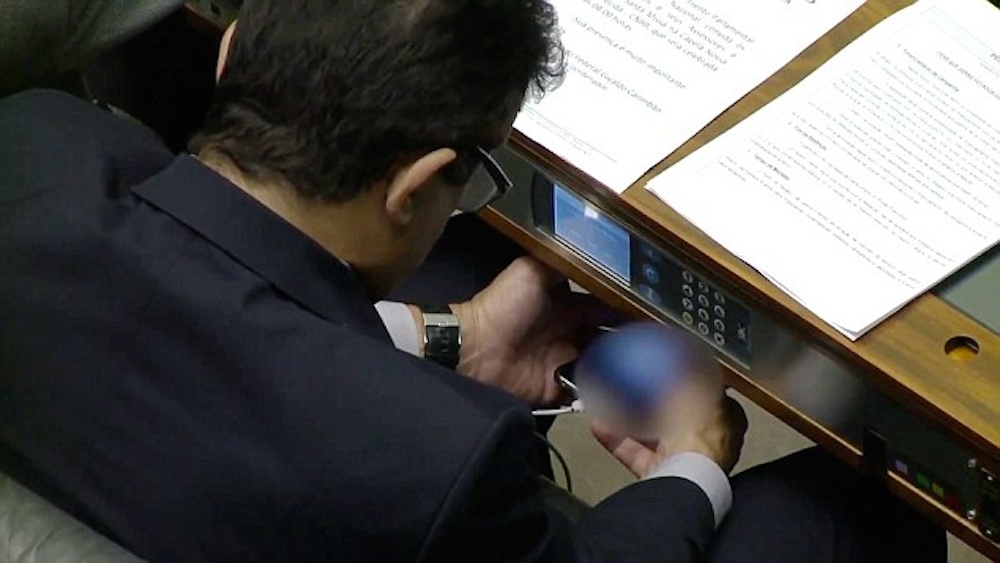 There’s a time and a place for this kind of activity.

Unfortunately for Rodrigues that’s exactly what happened as the local media managed to get images and a video of him caught red handed. He came up with the shoddy excuse that he received the video through Whatsapp and was just going through and deleting it. Yeah right: 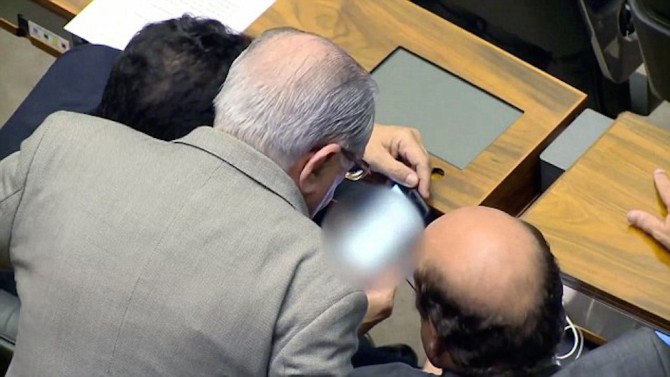 I participate in nearly 100 groups on WhatsApp and during the day I search and separate the wheat from the chaff.

What interests me, I keep or forward and what doesn’t interest me, I delete.

It was just what I was doing, erasing the rubbish.