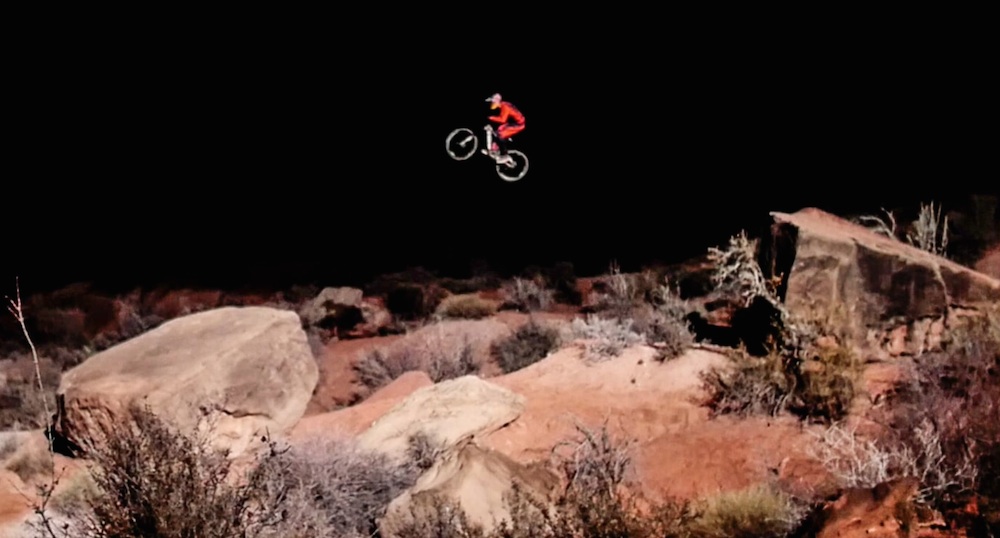 It’s actually a wonder he didn’t break his back here.

There’s no denying that Brendan Semenuk is an absolute beast on his mountain bike after his uninterrupted unReal segment we featured a few weeks ago, but this video might be even more unbelievable.

In the video, he’s shooting in the Utah desert for another movie called Revel In The Chaos. He explains the whole shoot a lot better than I could:

We stumbled upon this feature while we were filming for ‘Revel In The Chaos‘.

It was the very last piece of the puzzle for our Utah night segment. We finished building it at midnight on the last night we had to shoot.

The wind was picking up late every at night, so I only got to do a few run ups before it was a ‘now or never’ situation to hit the feature.

This was my very first attempt. The over shoot was close to 70â€² from the take off.

Fortunately, Semenuk is a complete badass when it comes to riding mountain bikes and manages to sort himself out and land it, but I’m sure his heart was in his mouth when he was flying over that rock. It kind of reminds me about when this guy overshot his snowboard jump and ended up breaking his back. Easily done.