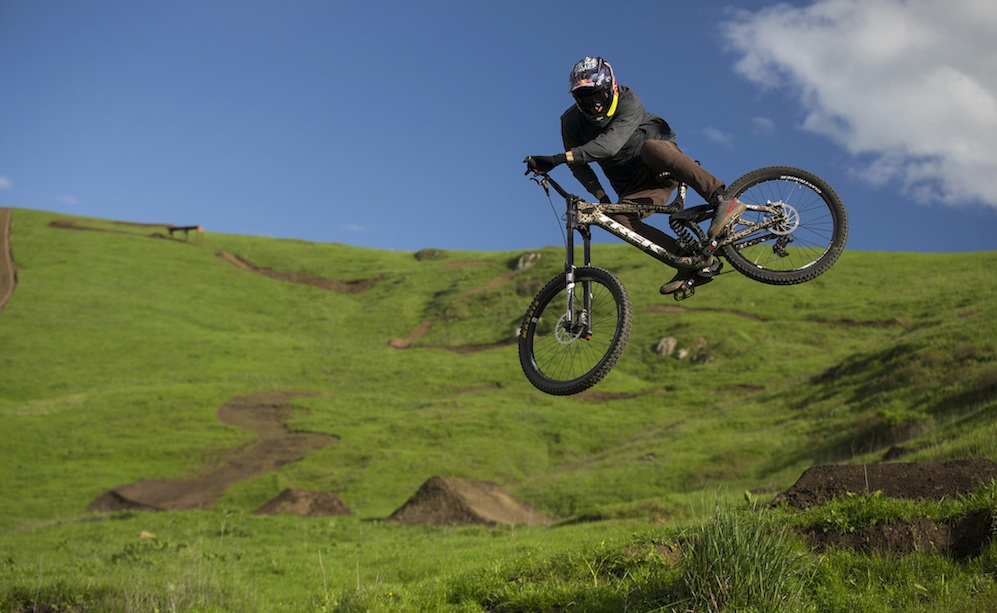 Brandon Semenuk has become the first mountain biker to film a full segment of sick stunts in a single continuous shot without bailing and it’s dope as hell.

I’ve never really thought mountain biking was as good an extreme sport as skateboarding, but then I had never seen a promo video for it as cool as this one.

It features Brandon Semenuk – who’s widely regarded as the world’s best slope style mountain biker in the world – performing the first ever uninterrupted mountain bike run on a custom built track on a mountain. The fact that the footage is all one continuous shot – which apparently required as much effort from the camera team as Brandon himself – is phenomenal, and it’s the first time that anything like this has ever been filmed in mountain biking history.

That addition of For What It’s Worth by Buffalo Express on the soundtrack just tops off the whole video and makes it completely chill, just watching this guy do some crazy tricks in the mountains. It perfectly compliments how smooth Brandon is on the run despite popping out some of the most crazy and dangerous tricks in the sport. It’s basically the perfect video to enjoy with your morning zoot, and it kind of reminds me of the first time that Bob Burnquist’s Dreamland dropped.

The segment was filmed for a new mountain biking movie called UnReal and if the other parts of it are anywhere near as good as this then I’ll be checking it out sooner rather than later.