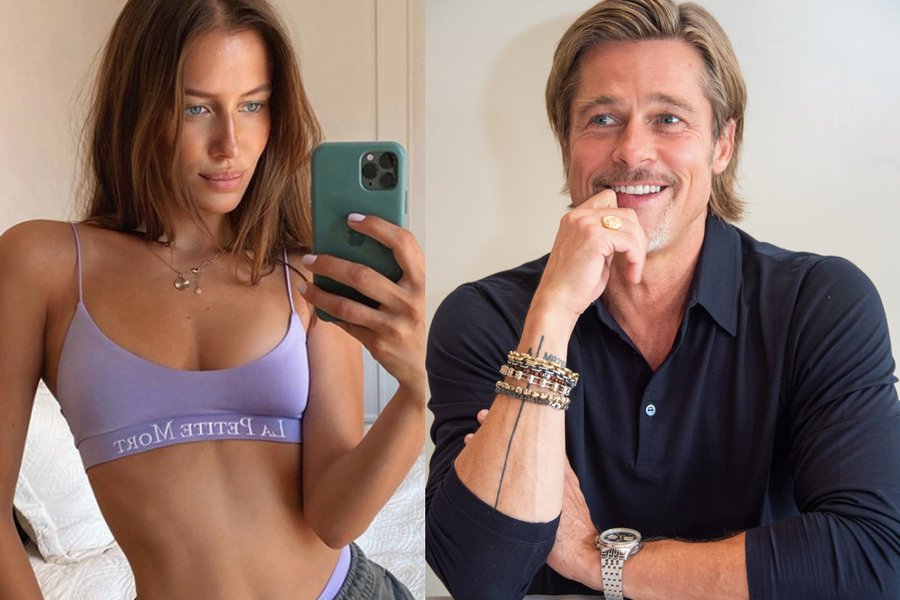 You would think there was no pleasing somebody who was married to Jennifer Aniston & Angelina Jolie and ended up divorcing them both, but perhaps what Brad Pitt really needed all along was a 27-year-old Polish model who looks like a mash-up of both women combined. Mama mia!

All the usual sites are talking about how 56-year-old Brad is dating model Nicole Poturalski after he was seen vacationing with her in the south of France. Seems he’s taken a page out of his buddy Leo’s book by dating a woman 30 years younger than him. Haters gonna hate?

Must be nice being a talented, handsome, multi-millionaire A-lister with perfect bone structure and an awesome hair cut who can pull models 30 years younger than him. I mean Brad Pitt may be 56 years old but it doesn’t matter because he looks about 40 and literally every woman on the planet fancies him anyway. Has to be up there among the luckiest dudes on the planet. Go Brad Go!

For the time Brad Pitt told an awesome story about Adam Sandler that sums up why everyone loves him so much, click HERE.