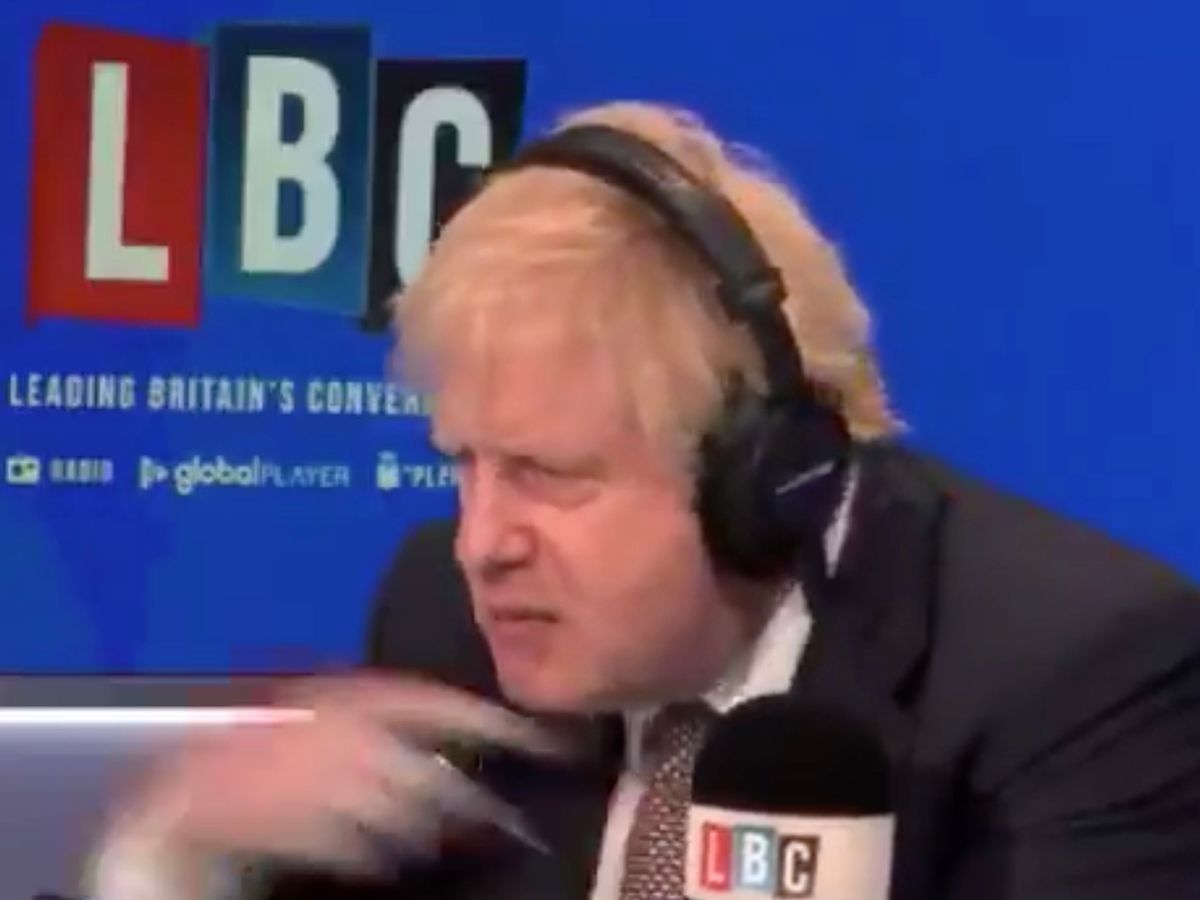 It’s another day of election stupidity and we’re with Boris Johnson again here – notice a pattern emerging? – as he was his usual duplicitous self as he appeared on LBC with his old friend Nick Ferrari for an interview.

Fortunately, Boris didn’t seem to realise that the interview was being filmed as he made a violent throat cut gesture, presumably indicating that Ferrari needed to change the subject as he didn’t want to talk about it. Being the old boy that he is, Ferrari was only too happy to oblige and move on:

Oops! I forgot I was being filmed when I gave my old mate Nick Ferrari the secret signal to change the subject. pic.twitter.com/a7Zhs4uPEg

Lol – is there any way that the pair of them can spin that so we believe that it wasn’t actually a case of vetted questions engineered not to embarrass Boris Johnson? Well, this is what Ferrari came up with:

To clarify the PM’s gesture this morning on LBC, this is sign language between me and my producer to signify he needs to stay quiet in my ear. It’s been in common use for over 10 years. End of. NF

Oh yeah of course – it’s just the usual signal he’s been using for ten years between him and his producer. Sure they’ll be endless footage of that available on the internet for us to confirm that then? Oh wait there isn’t? Oh. Not sure whether Boris Johnson is Nick Ferrari or the producer in this statement either?

Anyway, in a more light hearted turn of events, the interview also featured a bit about Greggs sausage rolls where Boris revealed that he had absolutely no idea how much one cost and guessed it was double the price  – showing how in touch he is with the man in the street – and also revealed that he can’t pronounce the word vegan:

Nick Ferrari’s ruthless line of interrogation reveals that, not only have I no idea how much a sausage roll costs, but I don’t know how to pronounce ‘vegan’. pic.twitter.com/EF50VDe3cm

What a legend. So in touch with the population right now and what’s going on. I know who I’l be voting for come December 12th.

For more of the same, check out Boris Johnson’s dad at Extinction Rebellion. What?