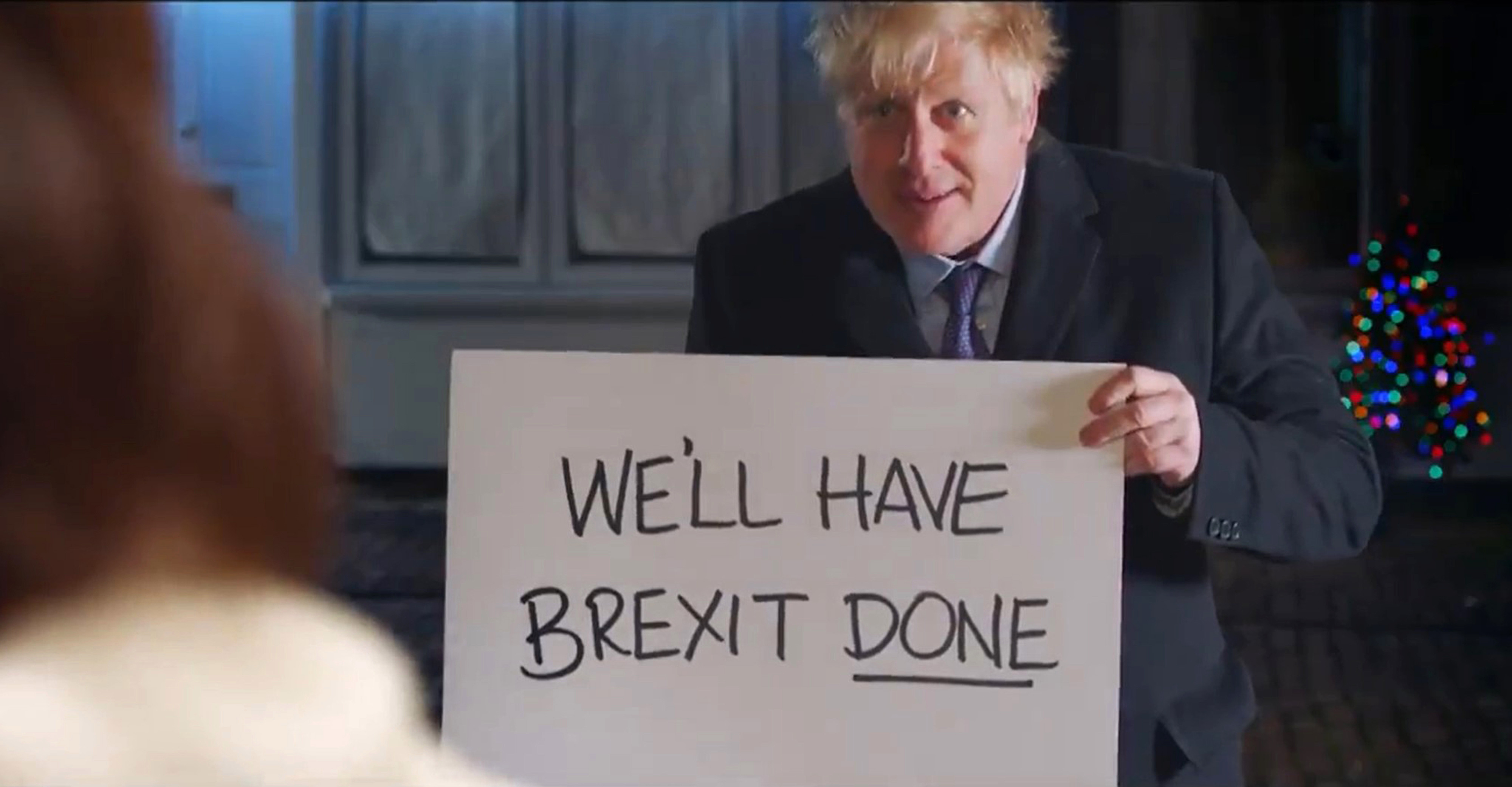 With the last two days of campaigning before the general election upon us, it’s time for politicians to try and pull out all the stops to get those extra votes and propel them into 10 Downing Street and Boris Johnson has chosen to release a cringeworthy Love Actually spoof campaign video to try and do this.

The video features him re-enacting Andrew Lincoln’s classic scene from the movie where he comes to the door and has his message written on a sign, but obviously Boris is trying to get the woman in the video to vote Conservative and not win her heart – although given how many affairs he’s had during his life, maybe he’ll end up doing that as well afterwards. Anyway, it’s really embarrassing as this woman coos and swoons and plays with her hair over what Boris is saying in a way that would never actually happen, but I suppose this is what Tory think tanks are coming up with to win the election.

Ugh that’s just so lame isn’t it? Can’t believe that anyone actually thought was a good idea, but I’m sure there are some Boris supporters out there who absolutely love it. Weirdoes.

In the interests of fairness, I should probably mention that Corbyn released a video which is pretty cringe itself as well. His team decided to rip off the ‘Celebrities Reading Mean Tweets’ from Jimmy Kimmel and filmed Corbyn reading out some of the mean tweets about him and his response, but it seems clear that he’s not really enjoying it and doesn’t want to do it from the way he’s acting during it:

See what I mean? Some of the answers are quite funny and good but he just delivers them in a way so totally devoid of charisma or enthusiasm that the whole advert doesn’t work. Almost wanna accuse it of being a fake advert because it makes him look so bad.

Still, probably need to make a choice between one of these two in the next couple days. Good luck.

For more of the same, here’s a pretty detailed expose of some major disinformation campaigns from this election. Pretty fascinating stuff.