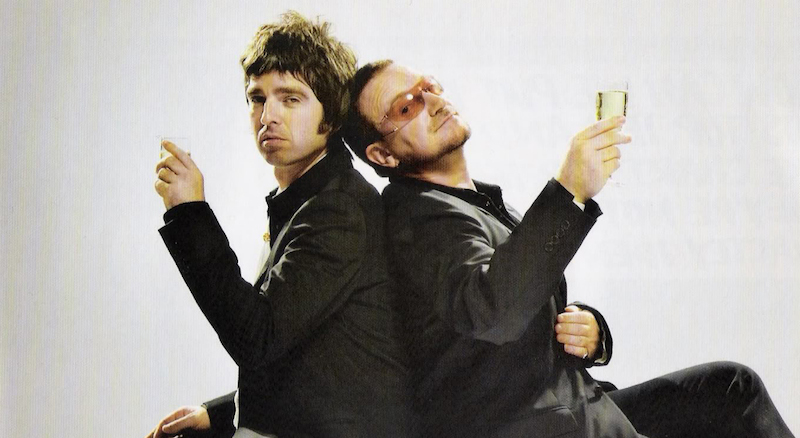 Turns out Bono likes a drink or two.

When you think about Bono and Noel Gallagher, I’m fairly certain that most people are going to think that Noel Gallagher is about 1000 times cooler than Bono.

Turns out your opinion might be wrong though as apparently even at the age of 57, Bono can somewhat surprisingly drink Noel under the table. Noel was supporting U2 on their Joshua Tree world tour recently and the two drummed up somewhat of a friendship, which culminated in a session so messy after the Dublin show of the tour that Noel Gallagher actually tried to escape because it was way too much for him to handle.

Here he is speaking about it in a recent interview on Absolute Radio:

Wow. Bono sounds like a machine. I’ve got a new found respect for the guy, but I suppose after being a global superstar for thirty years you probably do build up somewhat of a tolerance to the booze.

Just kinda surprised that he can beat Noel Gallagher at drinking – that’s crazy man. Guess it must be the Irish in him or something.

For more Noel Gallagher, check him out reviewing some old Oasis music videos. He doesn’t think much of them, let’s put it that way.