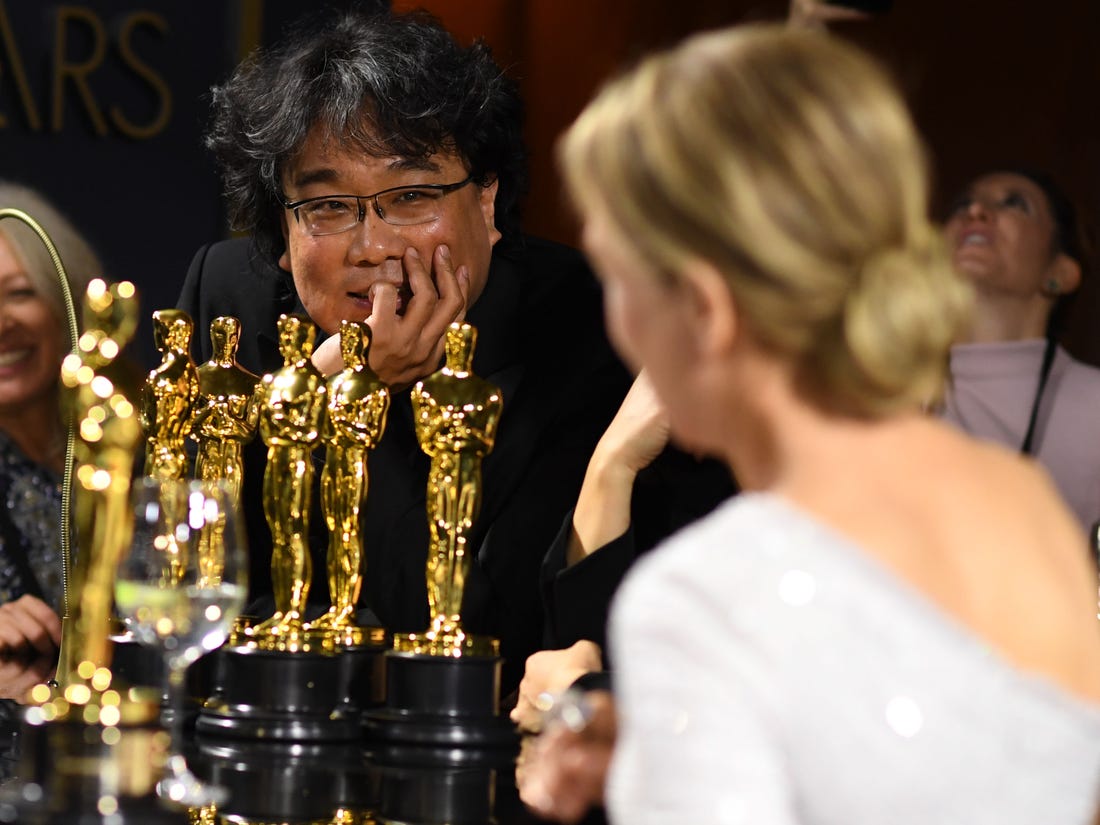 What a flex from the director of ‘Parasite’.

‘Parasite’ director Bong Joon-ho was the big winner at last night’s Oscars, matching Walt Disney’s record for most Oscars won in one night (4) and gracefully accepting his awards without lecturing the audience on social justice or whatever.

He was feeling more cocky later that night though, as he rolled up to the bar with all 4 of his Oscars, and made sure to plop them down right in Renee Zellwegger’s face (she only won one! Lol!):

What a flex that was. Just walking up and taking over the bar while Renee Zellwegger is sitting there with her one award. Love the way he slides his Oscars forward like a giant stack of poker chips too. No wonder she got out of there so fast!

I guess he did warn everyone that he was getting pissed:

Word of mouth on ‘Parasite’ has been overwhelmingly positive so I can’t wait to check it out one of these days. Seems Hollywood may have actually got it right this time – which is extra amazing considering it’s a foreign-language film.