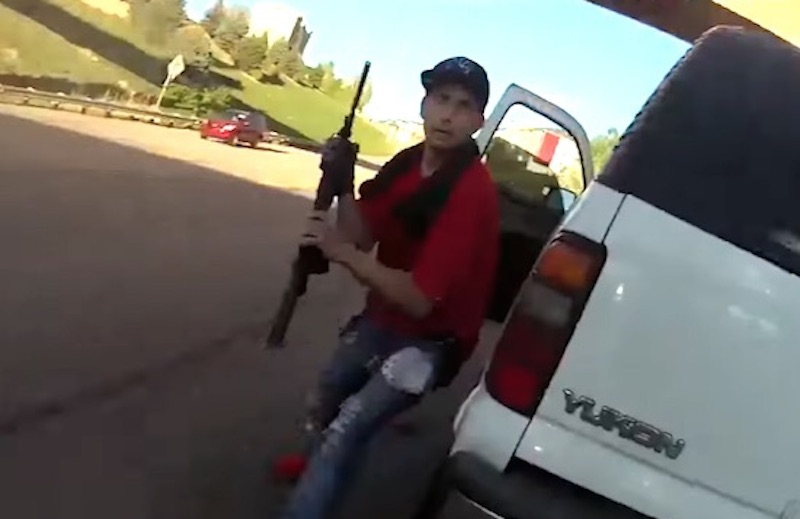 Cops in America get a lot of shit for shooting first and asking questions later, so it’s good to know that there are actually some of them out there that know how to do their jobs properly.

Case in point, the below video. It basically involves a policeman heading over to what looks like a broken down car on the side of the road to help out. Unfortunately, the guy driving it chooses to rush out at the cop with a rifle and knock him on the floor.

Obviously fearing for his life, the cop lets off a couple of shots – which for once in these events I can’t say I blame him – and crucially catches the suspect in the arm rather than blowing his head off. Although I’m not really sure if that’s down to dumb luck or his training, but I’d like to think that he actually meant to do it.

Following on from that though, he doesn’t just waste the guy when he’s cowering on the ground, but instead manages to talk him down and arrest him. A masterclass in how to handle the situation really:

Nice work. Considering how quickly that escalated, I’m amazed with the restraint and professionalism the cop showed. I would be absolutely bricking it and probably would end up shooting him to death by accident.

The guy with the rifle has been identified as 26-year-old Deyon Marcus Rivas-Maestas, who’s currently hospitalised, but will be facing assault charges.

For more police body cam footage, check out this video of a policeman getting run over by a stolen car. Intense.