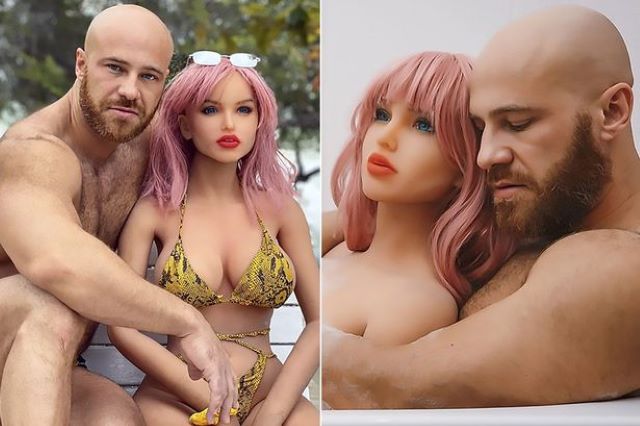 Not even two months after marrying his beloved sex doll ‘Margo’ in a beautiful ceremony in their native Kazakstan, bodybuilder Yuri Tolochko has already cheated on her.

Margo had broken days before Christmas and been sent off for repairs (can’t even begin to imagine what Yuri did to her on their honeymoon), and in her absence Yuri ended up cheating on her with… some kind of weird silver object with ridges on it?

Yuri captioned the video ‘Looks like I’ve got a new passion’ and responded to a commenter asking if he was cheating on his wife:

Maybe. I can’t stand while she’s in the hospital.

OK to be fair it’s not like he’s running off with another sex doll or anything, but it’s still not really an ideal start to married life, especially when being married to a sex doll is probably the easiest thing in the world. I mean you’ve got someone who never argues with you, never asks for money, tolerates you being a total shit bag, and is, um, ‘available’ for you whenever you want it. The least he can do is keep it in his pants until she’s back home, right?

Let’s hope Yuri and Margo can get their marriage back on track following his infidelity. Can’t be dealing with the collapse of one of the greatest love stories of last year, especially after the Kim & Kanye news.

For the side chick who pretended to be a sex doll when her shag buddy’s girlfriend came home early, click HERE. Genius!