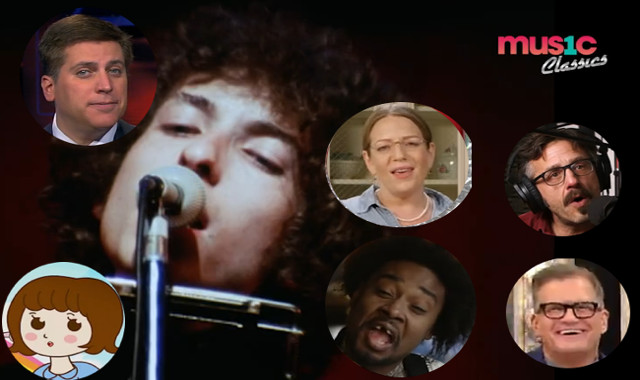 A possible contender for best video of 2013 has just been released yet the song’s 48 years old.

To some, Bob Dylan is hailed as a genius. I am one of those people who heartily agrees. Bob’s made some truly classic songs, possibly none greater than his 1965 hit Like A Rolling Stone, and with its new video it has become even better.

Directed by 27 year old Israeli director Vania Heymann, the music video allows you to flip between 16 channels of TV programming making it a truly interactive video. As it’s extremely well shot, you’d be excused for believing they’re just normal TV channels, that is until you notice that on every channel they’re lip syncing the lyrics of the song perfectly – this is without really losing any of the authenticity of the programming. It’s not just TV actors performing though, Heymann has also roped in a few celebrities to help. You should be able to spot rapper Danny Brown, Drew Carey on the set of The Price Is Right (GSC), comedian Marc Maron (WTFC) and the hosts of Pawn Stars; Rick and Chumlee (Reality Check).

As you can watch up to 16 channels you’re able to watch the video over and over again without really getting bored of it and switching between the channels only extends the longevity. Could this be a contender for video of the year?