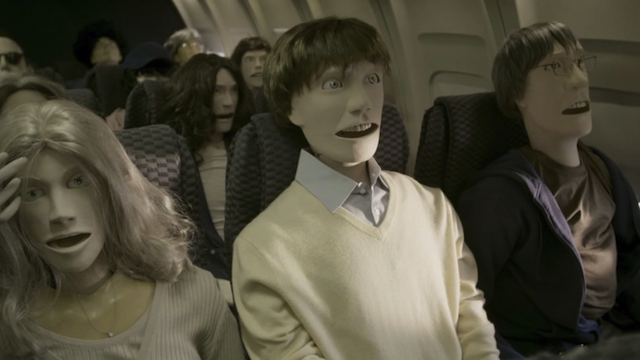 It’s all a massive smear campaign by Virgin America to point out the blandness of their competitors.

Airlines are doing anything they can to get ahead of their competitors – Malaysian Airlines famously changing their name to get an advantages after their recent high profile troubles – but this new marketing campaign from Virgin really goes above and beyond the call of duty to make this ridiculous video highlighting how lame all other airlines are in comparison.

It’s a six hour video that depicts how boring it can be on other airlines but it’s apparently completely and utterly bizarre in some points (I don’t know I haven’t watched it) with completely weird small talk conversations and one moment where a flying dummy appears outside the window. It’s apparently like a cross between The Twilight Zone and Twin Peaks.

The campaign doesn’t begin and end with this video though – there’s also significant social media support with Twitter, Facebook and Instagram accounts appearing offering several really crap offers a la most airlines and also responding to customer’s queries like most airlines i.e. really really badly. Check out a couple of examples below:

Spend $5,000 this month with your BLAH Airlines Beige Card to get a free bonus bag of peanuts on your next flight. (Subject to availability)

@kziel We’re happy to assist you with any requests if we feel like it.

So there you have it. Genius marketing campaign – certainly better than Malaysia Airlines’ bucket list effort – or a waste of six hours of your life? Apparently some people have watched it all, as demonstrated in the exchange below: 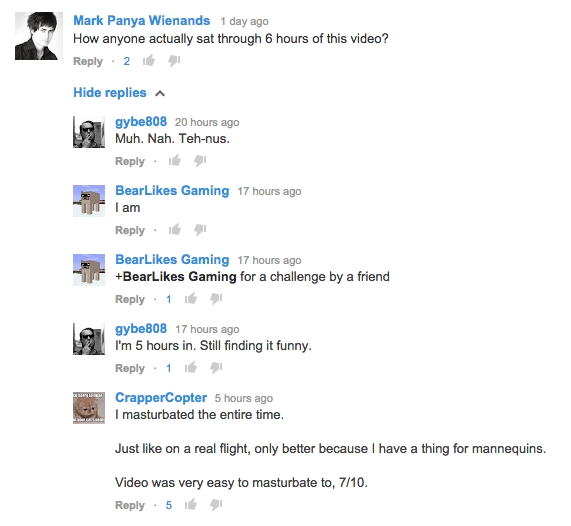