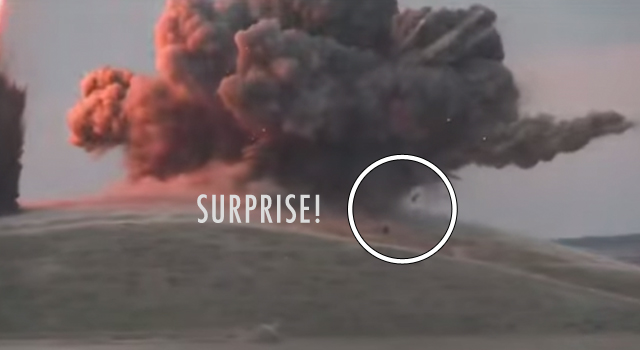 ISIS are all over the news with their war against the West and quest to make a Pan-Islamic caliphate and it’s certainly looking like they’re doing their best to make it a reality. It’s something everyone over here should be vaguely worried about at least even if it does seem very far away and not particularly relevant at this point.

However, despite all the videos ISIS release that terrify everyone and look like they’re actually well on their way to victory, there are other videos like this one that make it look like we are actually making a stand against them and halting their march across Syria.

Over the weekend, ISIS managed to seize the strategically important Tilsehir hill one and a half miles from a Turkish border town, and signified this by placing the black ISIS flag on its summit. You’ve got to think that those militants were probably feeling pretty damn proud of themselves as they planted it there and looked down from the top of the mountain, contemplating how long it would take to finally take control of Syria and push on into Turkey. Well this is how it looks now: 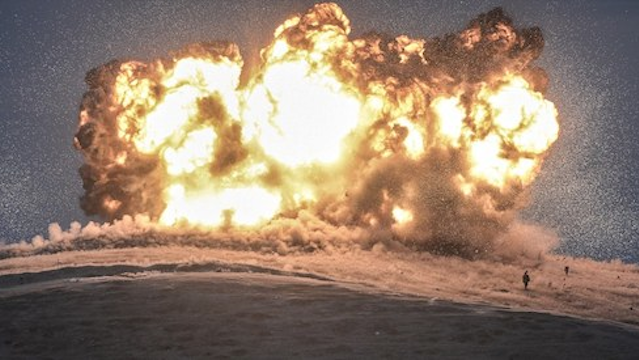 Unfortunately for them, their posturing wasn’t allowed to last that long as the hillside was engulfed in flames thanks to a US airstrike, which sent the two militants standing on top of it scurrying for their lives as the napalm reigned down around them. It’s doubtful they made it out alive considering the power or the explosions, although their current status and who is currently in control of the hill hasn’t been confirmed at this point.