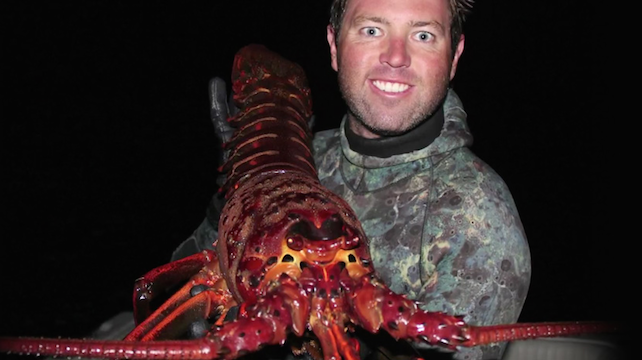 It looks like something out of a science fiction movie.

It’s well documented here on Sick Chirpse that there are a hell of a lot of completely messed up creatures living in the ocean, and more and more seem to be discovered every day like this black seadevil anglerfish which was only discovered a couple of weeks ago.

The lobster isn’t exactly a new creature, but it’s really rare to find one anywhere near as big as this one these days. That’s because due to overfishing and general ocean conditions they rarely have the opportunity to grow that big and so usually weigh no more than three pounds. Take a look at it below: 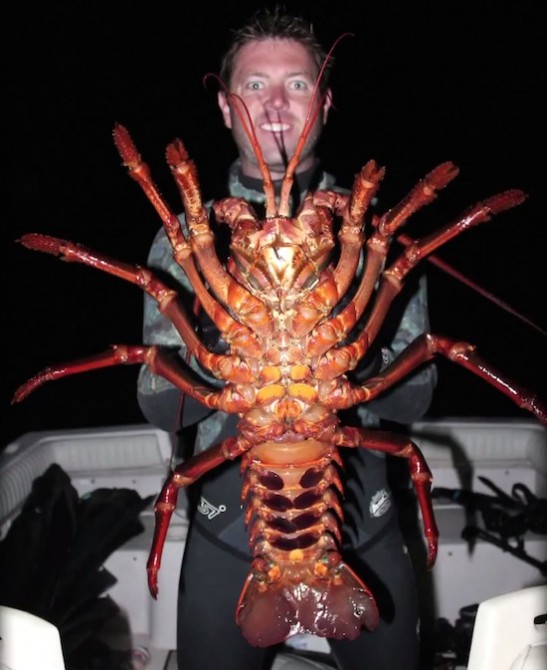 I’m sure you’ll agree that’s a hefty son of a bitch right there and that dude must be pretty insane to hold it up to himself (wait until you see it hugging him in the video below – gross). The guy’s name is Forrest Galante and he’s a biologist from Santa Barbara. He was free diving off the coast into the Pacific Ocean there when he spotted the lobster and just had to go and grab it.

Galante wasn’t sure whether to eat it or let it go but decided he had to at least take it back to his home and show his family. They quickly made the decision that it should be let back out into the wild (nice one guys) and dropped it off at a nearby marine reserve after taking a few pictures of it. Let’s hope it continues to live a long and happy life and isn’t eaten any time soon.