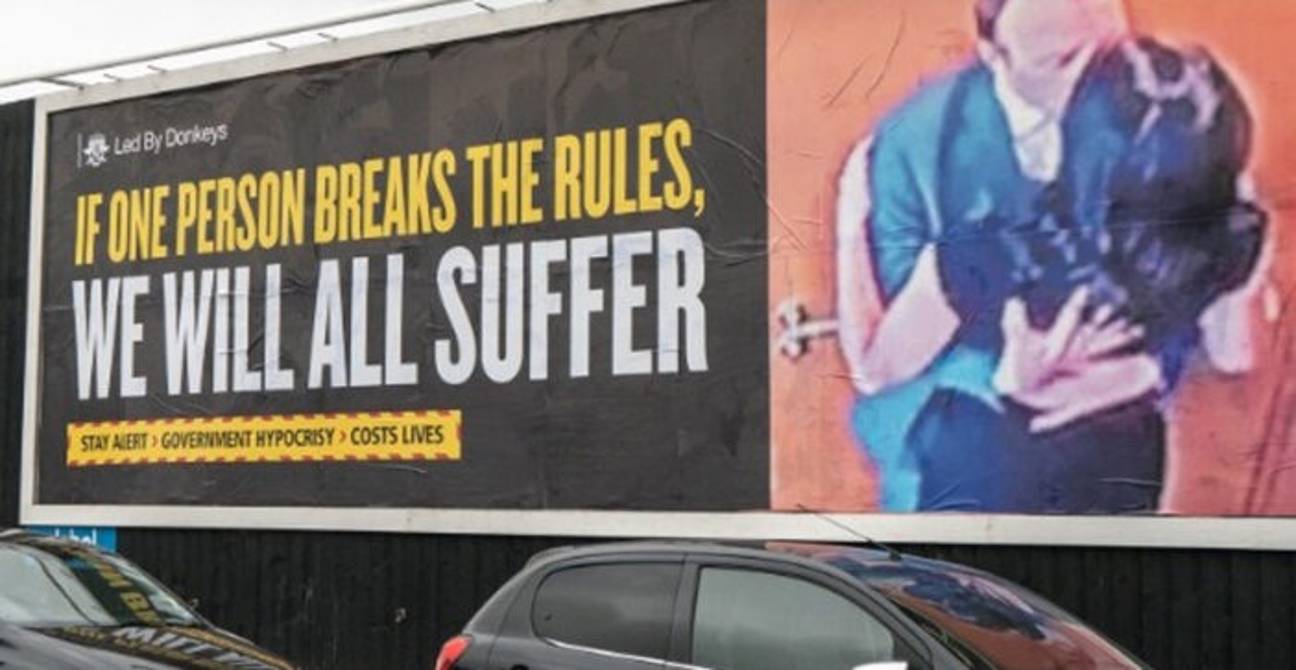 These are really funny.

It’s been almost a week since Matt Hancock’s affair with his aide was exposed by The Sun and he was forced to resign from his position as Health Secretary, but I doubt that anyone in this country is ever going to forget that awkward video of them making out in his office any time soon.

This probably won’t be helped by the fact that Led By Donkeys have decided to buy up loads of billboard space all over the country to mock Hancock’s indiscretions, using his own Coronavirus rhetoric against him. The billboards feature a couple of ‘famous’ slogans from the last 12 months alongside the infamous picture of him making out with Gina Coladangelo in his office.

That is funny isn’t it – if it wasn’t so predictably depressing that the people in charge of our safety were busy having affairs and not following their own strict guidelines during the biggest public health crisis in history of course. It seemed kind of inevitable that something like this would happen hough and you might as well make the most of it and laugh about it for as long as possible. Much better than the alternative.

For more of the same, check out this thread of Matt Hancock doing really weird stuff. Such an odd guy.