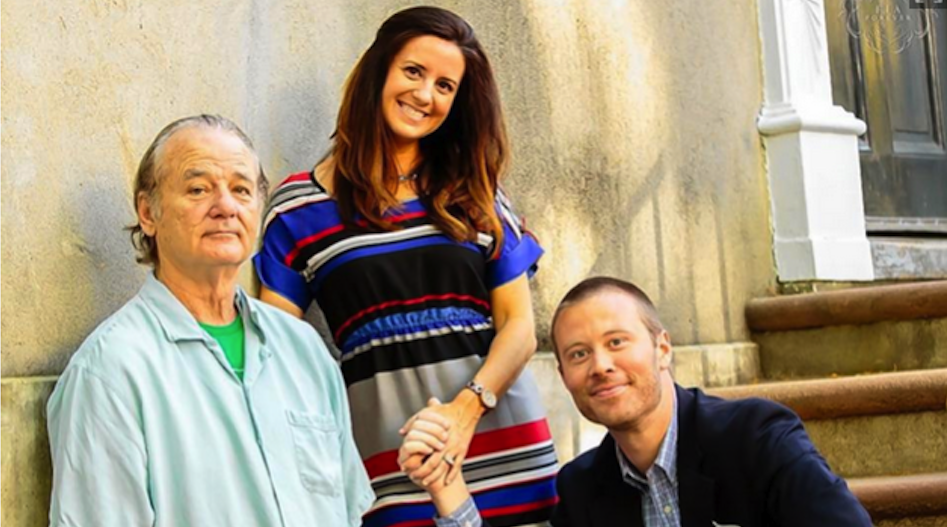 Bill Murray just loves having a good time doesn’t he?

Bill Murray’s bizarre/awesome escapades continue and promote his legend even further with this awesome photograph of him in some random couple’s engagement photograph.

The couple are Erik Rogers and Ashley Donald from Charleston in South Carolina and they had hired photographer Raheel Gauba to take their engagement photographs. He lets us know what went down:

‘The two seemed distracted, so I told them to look up at the camera. I thought who the heck is bothering them? I turn around and it’s Bill Murray with his shirt up, belly out, tapping his belly and trying to make them laugh.’

Gauba’s response? He asked Bill if he would like to be in a photograph and he obviously agreed. Gauba took the shot, and then Bill Murray wandered off to bother some more people in really entertaining ways. His antics just never get old, do they? 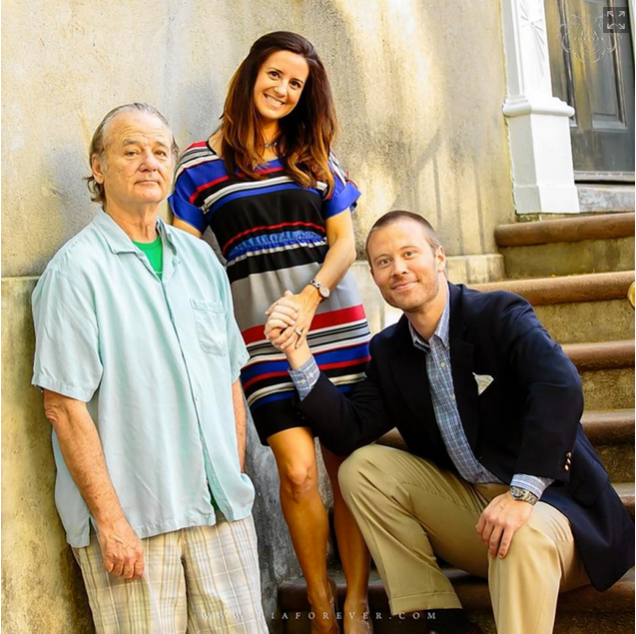